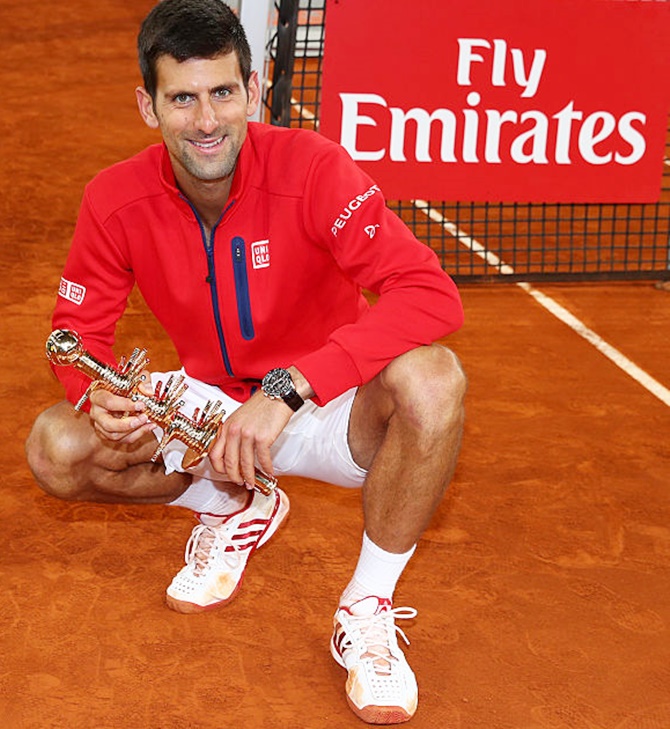 The Serb collected his fifth title of 2016 after winningthe Qatar Open, Indian Wells, Miami Open and Australian Open, in which he also defeated Murray in the final.

The Scot, who also lost second place in the world rankings to Roger Federer, knocked out crowd favourite Rafael Nadal in the semi-finals but Djokovic proved a more formidable opponent, breaking him three times in the opening set. Murray hit back in the second but had no answer in the third as Djokovic repeated his 2011 Madrid Open triumph.

"There were a couple of close games in the second set ... and I made some unforced errors and double faults in the game when I dropped my serve. So I fought...very hard."

"It's obviously very flattering to be alongside such legends of the sport, players that I looked up to, especially Pete Sampras," he said.

"When I was growing up he was ruling the tennis world. To win as many titles as he did in his career, it's quite amazing."

"Novak has had a lot of wins against me in the last couple of years unfortunately but he has done some great things and also deserved this win," the Scot added.

"At the end he came up with some big serves and got himself some free points and did well. That's why he's number one just now."