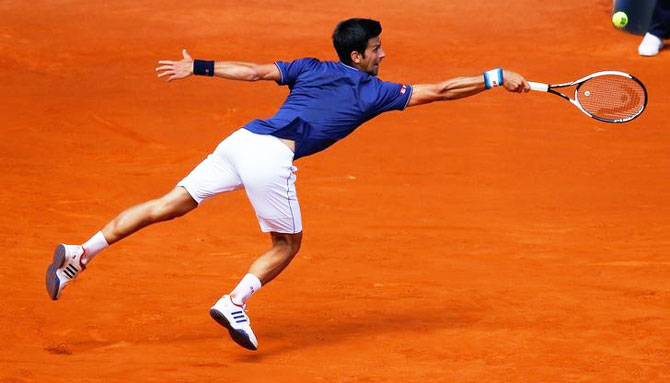 IMAGE: Novak Djokovic goes full stretch during his 2nd round match against Nicolas Almagro during the Madrid Open on Wednesday. Photograph: Paul Hanna/Reuters

Defending champion Novak Djokovic and home favourite Rafael Nadal were made to work hard to reach the third round of the Madrid Open on Wednesday.

Almagro, ranked 76th, broke Djokovic in the opening game but the world number two roared back to win six consecutive games, finishing the last with a tidy drop shot.

Spaniard Almagro, who has never gone beyond the quarter-finals in a grand slam, grew in confidence in the second set, however, with the backing of the home support and saved two break points before forcing a decider.

An upset looked on the cards when Almagro broke Djokovic at the first attempt in the third set and marched into a 3-0 lead but the Serb drew on his experience to battle back, breaking the 31-year-old twice before serving out for the match. 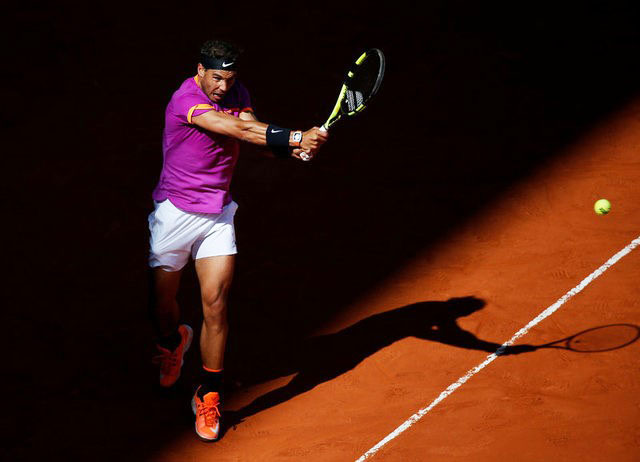 The Serbian, who recently split from his long-term coach Marian Vajda, is trying to regain his best form again ahead of the French Open. Four-times winner Nadal twice bounced back to win the first set in a thrilling tiebreak.

Fognini played aggressively, however, and forced Nadal on to the defensive as he took the match into a deciding set.

After failing to take advantage of one match point, Nadal emerged victorious thanks to two powerful forehands and the 30-year-old world number five next faces Australian Nick Kyrgios.

© Copyright 2020 Reuters Limited. All rights reserved. Republication or redistribution of Reuters content, including by framing or similar means, is expressly prohibited without the prior written consent of Reuters. Reuters shall not be liable for any errors or delays in the content, or for any actions taken in reliance thereon.
Related News: Nicolas Almagro, Novak Djokovic, Marian Vajda, Eugenie Bouchard, Rafael Nadal
SHARE THIS STORYCOMMENT
Print this article