IMAGE: No one in LaLiga has scored more goals than Lionel Messi. Photograph: Albert Gea/Reuters

Lionel Messi, one of the greatest footballers the world has seen, turns 33 on Wednesday and his fans can't keep calm.

Messi -- who was born on June 24, 1987 in Rosario, Argentina -- signed up with FC Barcelona when he was only 13 and has gone on to become a record-breaking footballer.

The Argentine continues to set new benchmarks for the others to follow.

#HappyBirthdayMessi naturally trended on social media. Check out how some of his fans showered their love on him: 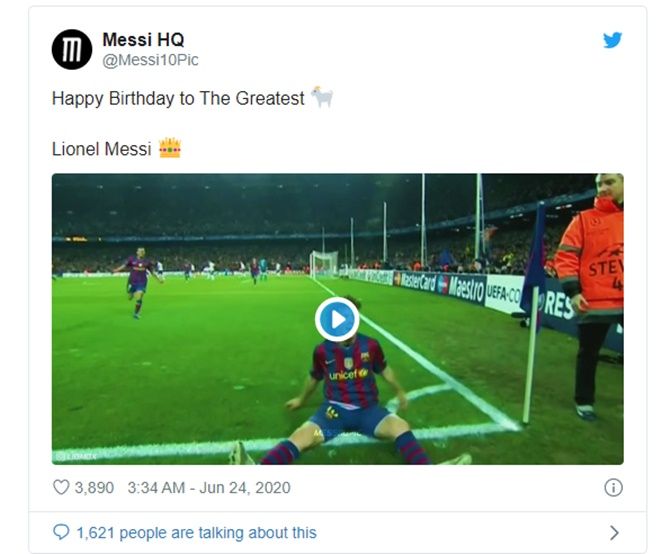 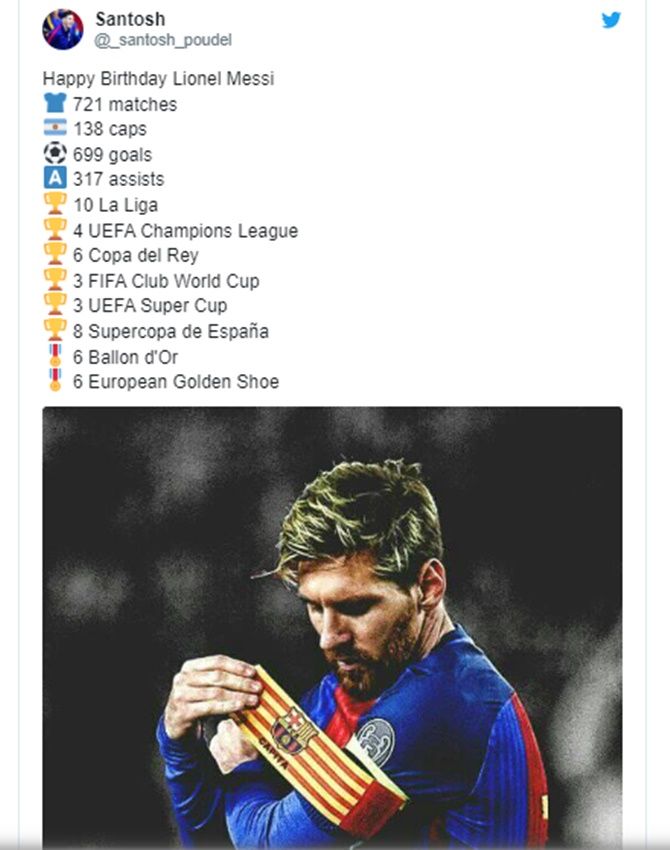