In the 81 kg category, Sumit will take the place of Dinesh Kumar, a World Cup bronze medallist and CWG champion. Dinesh also represented India at the Beijing Olympics.

The Indian men's boxing team will leave for Kazakhstan on April 1 to get acclimatised. 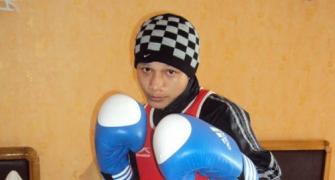