Manavjit misfires on day one of trap qualifiers

Indian shooter Manavjit Singh Sandhu fared dismally and finished 25th out of 34 competitors on day one of the qualification round of the men's trap event at the Olympic Games and has extremely slim chances of making it to the finals on Monday.

At the end of three rounds, Manavjit -- in his third Olympics -- totalled 70 points out of a possible 75 with rounds of 24 24 and 22 at the Royal Artillery Barracks.

The last two rounds, totalling 50 shots, are scheduled for tomorrow and even if the Indian manages to fire 25 in both the series, it looks unlikely that he would make the cut. Only the top six shooters go through to the medal round.

The 35-year-old from Amritsar started off on a decent note by shooting 24 out of 25 in his first two rounds, but went off the boil in the third to log a poor 22, which saw him slip down the ladder.

Commonwealth Games champion, Michael Diamond of Australia is currently leading the field with a total of 75. He shot 25 in all three series.

As many as five shooters are tied for the second place with a score of 74, while seven shooters shared the third spot with a total of 73 each.

Manavjit has won medals in the past in the Asian and Commonwealth Games, as well as World Championships. 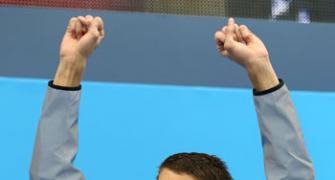 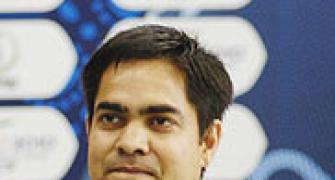 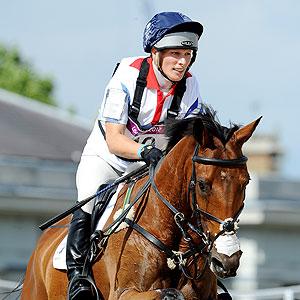