India has no chance of Olympic athletics medal: Anju

India's ace long jumper Anju Bobby George says the country has no chance of winning a medal from the London Olympics track and field events.

Anju, who won a bronze medal in the women's long jump at the 2003 World Championships in Paris, tipped discus throwers Vikas Gowda and Krishna Poonia as outside contenders for a podium finish.

"I don't want to discourage the athletes, but we don't have any chance. None of the athletes have come close to an Olympic medal-winning performance this year," said Anju from Bangalore.

"Vikas Gowda and Krishna Poonia should reach the final round but they can win a medal only if they perform better than their personal best. Krishna has to throw beyond 65m if she wants a medal and Vikas 70m to get a medal," said the 35-year-old Anju. 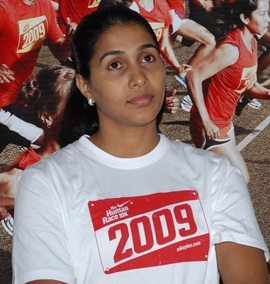 Gowda and Poonia rewrote national records in the build-up to the Olympics with throws of 66.28m and 64.76m respectively, and they are considered the best medal bets for the country in athletics at the Games.

Asked about the chances of Mayookha Johny, who qualified for the Olympics in triple jump, Anju said, "I don't think Mayookha can even qualify for the final round. Even a 14.20m will not put her in the top 16. Her best is 14.11m and that also she has not been consistent at that.

"She needs more speed and her techniques are not so good. In long jump, she has changed her technique from swing jump to cyclic jump recently; she should have done that much earlier," she added.

Anju had made it to the final round of the World Championships thrice -- finishing third, fifth and ninth in 2003, 2005 and 2007. She won a silver in the World athletics final in 2005 in Monaco while finishing fifth and fourth in 2003 and 2004, respectively.

She lamented that she could have won bigger laurels had she received government financial support in time.

"I wanted to go for a six-month training in the United States in 2004 after winning a bronze in 2003 in Paris. But I had to run around in Delhi for two months for the sanction of the money. It's a lengthy process to get your money sanctioned," Anju said.

"I dropped the foreign training idea after that experience," she added.

Anju said she remained unlucky in her career and could not fulfill the dream of winning an Olympic medal in Athens Games in 2004 due to illness.

"After the 2003 World Championships bronze in Paris in 2003, I was very confident that I would win a medal in Athens. But I fell ill, I had fever just before the competition. I failed to give my best and finished sixth," she rued.

Anju had tried to qualify for the London Olympics but had to drop the idea after she had a bad fall on the tracks while training for qualification events last month.

"I had a bad fall on the track and I injured my neck and my hopes for London Olympics qualification ended there. In the present condition, I don't think I can make a comeback," said Anju, who is now a mother of two-year-old son. 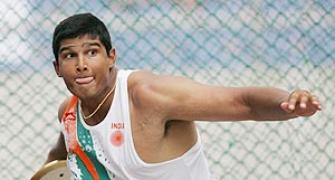 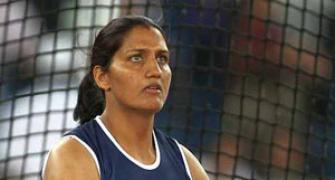 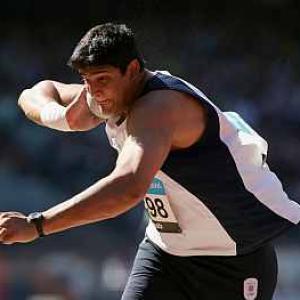