Germany's victory in a fast, attacking, hard-fought match spoiled a Dutch bid for a double after their women triumphed on Friday.

Rabente had only scored six goals in his 77 matches for Germany before Saturday. Together with captain and defence chief Maximilian Mueller, that was the lowest tally in the squad.

"My aim in my career is not to score goals but just to win. If there is a need to score two goals to win, then I'll score two goals," said Rabente. "I don't even know how I scored that first goal."

After a strong first group match, Rabente had played a more defensive role in Germany's midfield, completing his tournament without attracting much attention.

"I'm not surprised because I knew that Rabbi is a super player," Mueller said. "He is one of our midfield players that normally appears more in the defensive part of the midfield.

"Sometimes it's good that players like him can stand right at the centre of games like this one as well. I'm sure we will see his goals more than a hundred times in the next few weeks."

Rabente opened the scoring with a brilliant individual effort just two minutes before halftime, allowing Germany to take a psychologically important lead into the break.

He rode two challenges inside the Dutch circle and as he lost his balance flicked the ball past the outstretched Dutch keeper Jaap Stockmann into the net.

Mink van der Weerden, the tournament's top scorer, got the Dutch back into the match in the second half with a penalty corner drag flick for his eighth goal at the London Games.

But after a tense second half, Rabente scored again with five minutes remaining. His first attempt saved, he danced around the back of the goal, appealing for a corner, but re-emerged at the far post to tap in when the ball was passed back to him.

The Netherlands had beaten arch rivals Germany 3-1 in the group stages and had been unbeaten through the group phase before they thrashed Britain 9-2 in the semi-final.

"If you are playing in the final (and you lose), you're losing gold, so that's how it feels," said van der Weerden, wearing his silver medal. "We played a very good tournament. It would have been good if we could have made the very last step."

Germany's coach Markus Weise - already the only coach to have won gold with a men's and a women's team - has now coached teams to gold in three consecutive Olympic hockey tournaments.

He led Germany's women to gold in Athens in 2004 and coached the men when they won the title in Beijing four years ago.

"It's boring to talk about my feelings. I feel delighted," Weise said, asked about his personal record.

"It was a super-final full of good hockey and full of fighting spirit from both sides. This was a grand fight by my team," he added.

Earlier on Saturday, Australia, who had been touted as favourites for gold, beat Britain to take home bronze, their sixth consecutive Olympics at which they have won a medal.

"We were just as devastated as the Brits were after their semi-final and I'm very proud of our team of how we responded today. That's a real test of character," said Australia's Mark Knowles.

"You come to the Olympics, you want to win a medal, you want gold. If you don't get to play for gold, this is the only one you can get."

© Copyright 2020 Reuters Limited. All rights reserved. Republication or redistribution of Reuters content, including by framing or similar means, is expressly prohibited without the prior written consent of Reuters. Reuters shall not be liable for any errors or delays in the content, or for any actions taken in reliance thereon.
Related News: Jan Philipp Rabente, Germany, der Weerden, Maximilian Mueller, Markus Weise
SHARE THIS STORYCOMMENT
Print this article 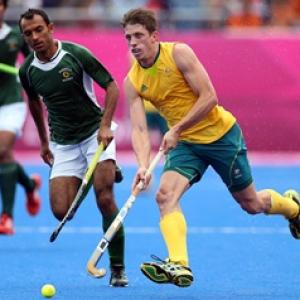 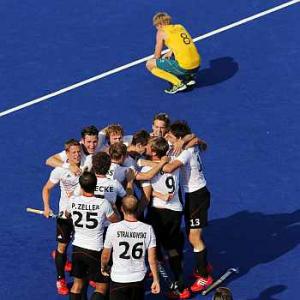