A dispute between the Pakistan Olympic Association (POA) and the state-operated Pakistan Sports Board (PSB) could threaten the country's participation in London 2012, the head of the POA said on Sunday.

The row over a national sports policy will be discussed at the International Olympic Committee (IOC) Executive Board meeting this week.

"At this stage, I cannot comment on Pakistan's participation in the London Olympics. This matter will be taken up during the IOC Executive Board meeting on July 20-21," POA President Arif Hasan said.

"But the IOC is closely monitoring the situation in Pakistan."

The dispute intensified after the PSB said it stood firm over the implementation of a 2005 national sports policy which bars officials of sporting federations from holding office for a third term.

The POA has argued the IOC charter prevents the government from meddling in national federations affiliated to the POA.

Hasan said the POA had to ensure compliance with the Olympic Charter and maintain their autonomous status.

A statement from the POA added: "Some of the rules formed by PSB and provisions of the national sports policy are not in accordance with the Olympic Charter, which if not corrected immediately may result in the unfortunate isolation of Pakistan sports from the international sports arena."

But a government sports official played down fears of Pakistan being blocked from the London Games, which run from July 27-August 12.

The official, who declined to be named, told Reuters the IOC has neither warned nor threatened Pakistan at any stage with suspension of the country's Olympic membership.

"We have in our reply to the IOC pointed out that the sports bodies use public funds, government grants and enjoy benefits like tax and duty exemptions. They are subject to rules and regulations enforced to ensure transparency, accountability and judicious use of taxpayers' money," he said.

Pakistan, which has won three gold medals at the Olympics thanks to its hockey team, will be competing in the men's hockey, athletics, swimming and shooting competitions.

© Copyright 2020 Reuters Limited. All rights reserved. Republication or redistribution of Reuters content, including by framing or similar means, is expressly prohibited without the prior written consent of Reuters. Reuters shall not be liable for any errors or delays in the content, or for any actions taken in reliance thereon.
Related News: POA, IOC, Pakistan Sports Board, Executive Board, Arif Hasan
SHARE THIS STORYCOMMENT
Print this article 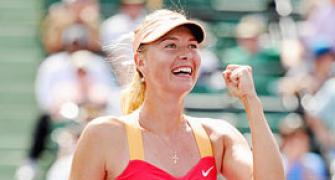 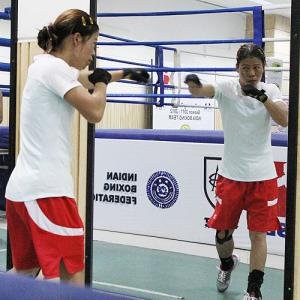