Faced with mounting pressure to drop his Olympic trip to London, a defiant Suresh Kalmadi has hit back at Ajay Maken, accusing the Sports Minister of carrying out a vilification campaign against him and called for his resignation.

Kalmadi, who was allowed by a Delhi court to travel to London for the Olympics, said it was unbecoming of Maken to react in such a way against the court's decision and requested the Prime Minister to ask for his resignation. 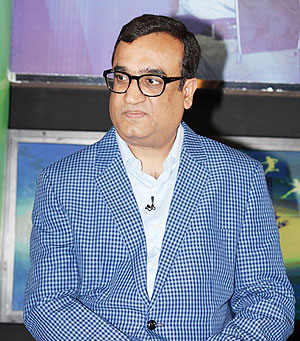 "I was quite shocked and dismayed to read Ajay Maken's reaction to the Honorable Court's decision to grant me permission to visit London for the forthcoming Olympic Games. In view of Mr Maken going against the court decision, which is quite unbecoming of a sports minister I request our prime minister to ask for Mr Maken's resignation for making such comments and statements," Kalmadi said in Pune on Saturday.

Kalmadi accused Maken of interfering in the functioning of Sports Federations and causing "groupism" which will ultimately affect the performance of sportspersons at the Olympics.

"Mr. Maken threatening Indian Olympic Association (IOA) that he would try to ensure that I was not part of the Indian delegation shows lack of knowledge about the functioning of autonomous sports bodies.

"I am attending the IAF meeting coinciding with the London Olympics as a Council Member of the International Association of Athletic Federation (IAAF) and president of Asian Athletic Association. I don't need any support from the Sports Ministry," said Kalmadi, who is currently on bail after spending nearly a year in Tihar jail following the CWG scandal.

"Therefore, the union sports minister's charges that my participation in Olympics will kill the basic spirit of Olympics, shows Mr Maken's total disregard to the spirit of the games," he added.

Kalmadi said that he was innocent till proven guilty and it was unfair for people to raise questions about his travel to London on the invitation of international athletics body.

"I have been elected unanimously to the IOA three times, it shows the faith of the sports body. As per law I am innocent till found guilty. In my bail application it has been clearly stated in the Honorable High Court that no financial trail has been proved against me. No allegation of corruption has been proved," insisted Kalmadi.

Kalmadi said Maken's sustained interference in the functioning of the National Sports Federation was creating problems in the smooth functioning of sports in the country, and causing groupism which will ultimately affect the performance of sports persons in Olympics.

"At a time when Indian sports is on the upsurge due to the combined efforts of National Sports Federations, coaches, sportspersons any interference by the sports ministry in the training  programmes of sportspersons will only result in adversely affecting the performance of our participants in the Games.

"I strongly feel that this vilification campaign raised by Maken is meant to cause a split between officials and Indian players participating in the forthcoming London Olympics.

"This is the first time India stands a good chance of securing maximum honours and any attempt to sow seeds of doubts in the players mind at this stage is uncalled for," said Kalmadi.

"Maken seems to forget that I have been granted the court's permission to visit London for the Games from July 28 to August 13, at the invitation from IAAF Council."

Kalmadi also insisted that he was still the IOA President and has done nothing wrong.

"The court has said that no financial irregularities were found against me. As per Indian law I am innocent till proven guilty. If anybody is found corrupt then only the next step is taken but I have done nothing wrong. I am not guilty of any charges," he said.

On Friday, Delhi Court's ruling to allow Kalmadi to attend the upcoming Olympics evoked sharp reactions with Maken saying that he would try to ensure that the disgraced administrator was not a part of the Indian delegation.

Apart from the minister, Clean Sports India, a movement for corruption-free sports, also denounced Kalmadi while IOA acting president V K Malhotra sought to steer clear of the controversy, saying he was not part of the its delegation

Maken's response came after Special CBI Judge Talwant Singh allowed Kalmadi's plea to visit London from July 26 to August 13, while ordering him to furnish a bond of Rs 10 lakh and a surety of the same amount.