In a first, Hockey India (HI), on Sunday, felicitated 34 yesteryear stars of the game with a one-time benefit of Rs 2 lakh each for winning gold medals in the previous Olympic Games.

The grand felicitation-cum-Olympic team send-off ceremony was held in Delhi, where HI provided a common platform for "Golden Greats" of Indian hockey to share their experiences with the present players.

Out of the 34 living Olympians to have received the one-time monetary benefit from the HI coffers, 26 were present on the occasion.

S M Ali Syed, Charanjit Singh, Nandy Singh and Balbir Singh Senior gave the function a miss due to health reasons while A S Rana, Allan Sheofield, Darshan Singh and Gurdev Singh were out of the country.

Even though it came late, all the former players seemed overwhelmed by the honour bestowed on them for their achievements.

"It was wonderful to have received the honour after so many years. By this function, HI provided us a platform to meet old friends and former teammates," he said.

"We were not that keen about the monetary reward but the honour which was bestowed on us mattered a lot," he said.

When asked about India's chances in the upcoming Olympics, they sounded realistic.

"Our first target should be the semi-finals as we haven't qualified for semi-finals at the Olympics since the last 32 years. I feel this team is capable enough to do that," said Gurbux Singh, a gold medallist in the 1964 Tokyo Olympics.

1980 Moscow Olymics gold-medal-winning captain V Baskaran added: "I feel we should be happy if we can finish among the top 6 teams."

Source: PTI© Copyright 2020 PTI. All rights reserved. Republication or redistribution of PTI content, including by framing or similar means, is expressly prohibited without the prior written consent.
Related News: Moscow, London, Tokyo, Helsinki, Melbourne
SHARE THIS STORYCOMMENT
Print this article

Hockey India to give one-time benefit to yesteryear stars 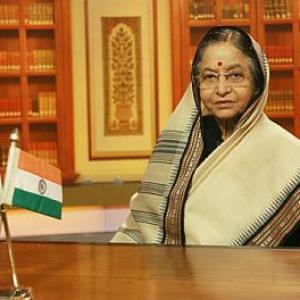