Dola Banerjee could not make it to her third straight Olympics but the experienced archer has no doubt that the squad picked for the upcoming London Games is the best to represent India and one that can win the country its first-ever medal in the sport at the mega event.

The former world champion, who had led the women's team to triumph when a trial meet was held at the same venue  the Lord's -- five years ago, said that she was living her unfulfilled dream through her brother Rahul, one of the three members of the men's team, which also includes Tarundeep Rai and Jayanta Talukdar.

In fact, the two-time Olympian will reach London on July 29 to cheer for the Indians.

"The best thing this time is all the three members of a team, be it in men's or women's sections, are in fine form. It was not the case earlier as one would have to anchor the team.

"They have also qualified for the Olympics in style as both the teams' have won over the champions Koreans before bagging the quota places," Dola said.

The Korean men are the three-time defending champions while the women's team has been invincible since archery was introduced at the 1988 Seoul Games.

However, the Indians are also headed to the competition with their heads held high, as the men's team had beaten the Koreans twice in their last two encounters, while the women trio of Laishram Bombayla Devi, Chekrovolu Swuro and Deepika Kumari had beaten them in the World Championships to secure Olympic berths.

With 12 teams in fray, finishing in top four would ensure a direct entry into the quarters, Dola pointed out.

"They would be looking to be among top four. Then we will have to win just two rounds to ensure ourselves a medal. We have a realistic chance of getting at least two medals," the 2007 World Cup Final gold medallist said.

Rahul is in prime form along with the other two in the team, having made a stunning comeback to clinch the London berths in the last qualification meet.

"I know we never won a medal at that stage. It is painful not to see your dream coming true. I'm sad that I'm not there as a member.

"But, I'm more than happy with my brother representing India this time. I am very hopeful of them," Dola said of the world No 2 men's team.

"This month, they have shot their best score -- 229 (vs the Netherlands in World Cup Stage III, Ogden). We have to wait and see how they perform in London weather and overcome the wind conditions," the 2007 World Cup gold medallist added.

In fact, Dola had led the same team, minus Deepika, to triumph at the hallowed Lord's.

The trio of Dola, Bombayla and Chekrovolu had beaten hosts England to win the International Archery Challenge for the MCC Cup (August 2007), which was a trial meet in the build-up to the Olympics.

"The wind is very unpredictable. It was blowing from different directions, something that will test the archers. Having reached there more than a week in advance, I hope they have acclimatised to the conditions by now."

Dola has been replaced by Deepika in the team as the 18-year-old world No 1 is the country's best medal hope, but the veteran said there were no hard feelings.

"At her age, she is extremely talented and does not give up. My best wishes are that she wins a medal."

The 32-year-old further said that Deepika was lucky to have got the facilities readily available, which was a distant dream when she began her career with her first international exposure at the Asian Championships (Beijing 1999), where she had finished seventh in the team.

"We had to struggle to get the equipment. There was no proper infrastructure. But now it's not the case. I hope she (Deepika) continues to do well. And, we have a bright future in archery," Dola, now a gazetted officer at the Eastern Railway, said. 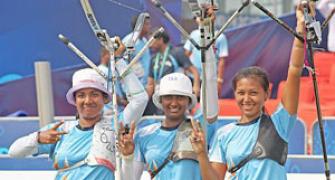 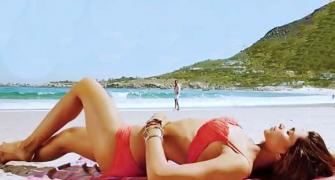 Deepika: No crash diet for bikini body; just some tweaking 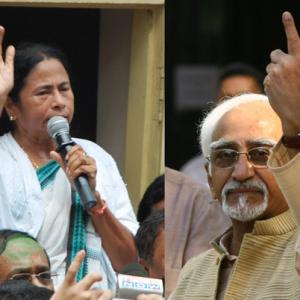