Three-time Olympian and former captain of the Indian hockey team Ajitpal Singh will be India's Chef-de-Mission for the London Olympics. His appointment brings an end to wrangling for the post within the Indian Olympic Association.

The seven-member committee, which was former to appoint the Che-de-Mission for the July 27-August 12 Games, unanimously selected the former hockey star to head the Indian contingent at the mega-event.

It is the first time that a sportsperson has been bestowed the honour of heading the country's contingent at the Games.

Earlier, only sports administrators, most of whom were also politicians, were considered for the post.

Ajit Pal's nomination for the coveted post came as a surprise as he was not even in the picture, which had IOA vice-president Tarlochan Singh and Weightlifting Federation of India chief B P Baishya in the fray.

Both Tarlochan and Baishya will, however, go to London as delegate and observer, as the IOA opted to work out a compromise formula.

"The committee felt that an Olympian should be the Chef-de-Mission of the Indian contingent and the committee was unanimous in selecting Ajit Pal Singh. He is a three-time Olympian and a captain of the Indian hockey team," IOA acting-president V K Malhotra said.

With less than four months to go for the Games, the IOA has finally named its Chef-de-Mission.

Ajit Pal's name got to the fore only because the IOA panel could not come to a conclusion over the selection of Tarlochan and Baishya, both of whom have support within in the IOA hierarchy.

While Tarlochan is said to have the backing of acting-president Malhotra, Baishya is close to Secretary-General Randhir Singh.

Baishya was enjoying a 4-3 majority after the same members had earlier, in October last year, recommended his name, but that was turned down by Malhotra, who asked them to do the job again.

Born on April 5, 1947 in Sansarpur, Punjab, Ajit Pal captained India for quite a while and was honoured with the Arjuna Award in 1972.

Considered one of the most charismatic centre halves in his heyday, he represented India in three Olympics, from 1968 to 1976, and also led the country to a historic triumph in the 1975 World Cup in Kuala Lumpur, Malaysia.

He was part of the teams which won bronze medals in the 1968 Games in Mexico City and 1972 edition in Munich. 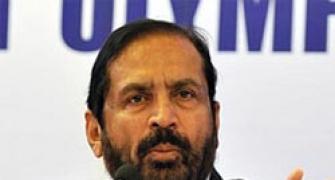 IOA decides not to act against Kalmadi 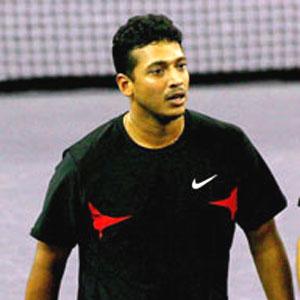