The widow of an Israeli athlete, slain during the 1972 Munich Olympics denounced the IOC during a memorial Monday to honour the dead, shouting "Shame on you!" for failing to offer a moment of silence during the opening ceremony for the London Games.

Ankie Spitzer took the podium during the service for the 11 athletes and officials killed in a terrorist attack and pointedly directed her remarks to International Olympic Committee head Jacques Rogge, who had spoken moments earlier and was present in the room, together with London organising committee chairman Sebastian Coe. 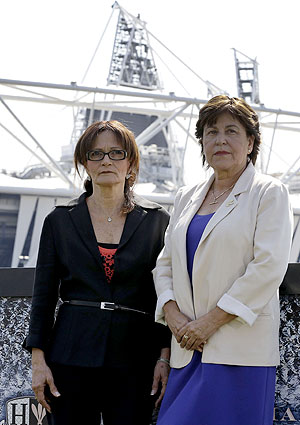 "Shame on you IOC, because you have forgotten 11 members of the Olympic family," she said in a voice laden with passion.

Saying the IOC was discriminating against the Israelis because of their Jewish faith, Spitzer insisted the dead deserved to be honoured as Olympians in an Olympic context and not in the various places where memorials have been held, including Monday's event at London's Guildhall.

"You owe it to them," she declared.

The remarks punctuated an otherwise solemn event attended by several members of the British leadership and senior members of the country's Jewish community.

Rogge earlier had recalled being an Olympian in 1972, when he competed in sailing. He said he would never forget the tragic events of that year, and that there is no justification for terrorism.

"Even after 40 years, it is painful to relive the most painful moments of the Olympic movement," he said.

"I can only imagine how painful it must be for the families and close personal friends of the victims."

But Spitzer, the widow of fencing coach Andrei Spitzer, pointed out that this year's ceremony included not one but two moments of silence and demanded to know why it was appropriate to offer thoughts in memory of others but not the slain Israelis, who were, after all, Olympians.

"Is the IOC only interested in power and money and politics?" Spitzer asked.

"Did they forget that they are supposed to promote peace, brotherhood and fair play?"

The remarks won Spitzer a standing ovation, and prompted whoops of approval.

The Munich Olympics were meant to right an historical wrong. They were the first held in Germany since the 1936 Berlin Olympics, which were tainted by images of Nazism. But the Black September Palestinian militant group penetrated the laxly secured athletes village and took Israeli team members hostage. Eleven died at the village or in a botched rescue attempt.

The games were briefly suspended, but the Olympics were forever changed. Security costs soared and keep rising with every Games.

But the Israelis have never been honoured in a big television event like the opening ceremony. A committee started by a Jewish organisation in Rockland, New York, has gathered more than 100,000 signatures supporting the moment of silence at an opening ceremony and counts President Barack Obama among its supporters.

The families reject the official reasons they've been given for why this cannot happen. At Montreal in 1976, they said they were told the reason was that the Arabs would leave. At Barcelona in 1992, it was an unwillingness to bring politics into the Games. At Atlanta in 1996, the reason was protocol. At Athens in 2004, organiSers said it was not the appropriate time.

"As the world comes together in London to celebrate the games and the values it represents, it is right that we should stop and remember the 11 Israeli athletes who so tragically lost their lives when those values came under attack in Munich 40 years ago," Cameron told an audience prior to the main memorial service.

Cameron said Britain, too, had suffered at the hands of terrorists, recalling the transit attacks on July 7, 2005, that killed 52 commuters the day after Britain was chosen to stage the 2012 Olympics.

Cameron noted that Britain's "euphoria at winning the right to host these Olympics was brutally shattered within just 24 hours."

"But our two countries, Britain and Israel, share the same determination to fight terrorism and to ensure that these evil deeds will never win," he said.

"Seven years on from 7/7, I am proud that as we speak, this great city of London, probably the most diverse city in the world, is hosting athletes from 204 nations. And I am delighted that a strong Israeli team is among them," he added. 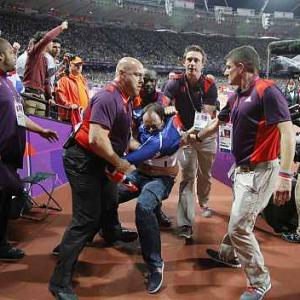 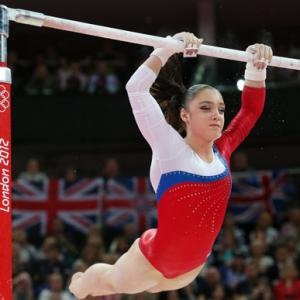 PIX: Gold medal winners on Day 10 of the London Games