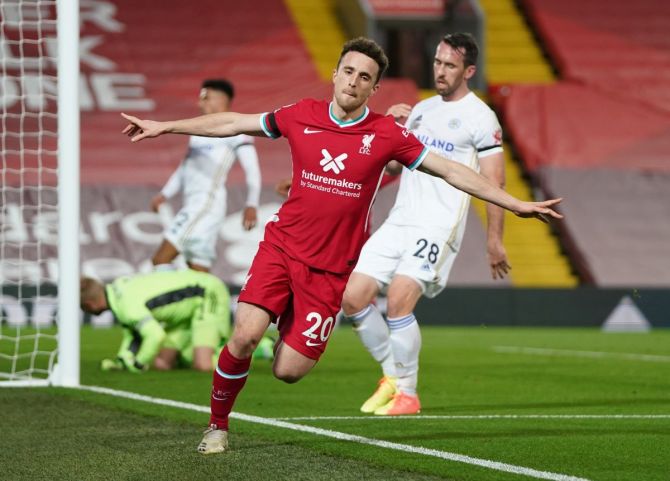 With a dominating 3-0 win over Leicester City, Liverpool set a new club record for their longest unbeaten streak at home on Sunday.

This Reds team have now moved clear of the previous best of 63 successive league matches without a loss at Anfield under Bob Paisley between 1978 and 1981.

An own goal from Jonny Evans and headers from Diogo Jota, continuing his streak of scoring in his first four league games at Anfield, and Roberto Firmino were enough to give Juergen Klopp a victory over his predecessor Brendan Rodgers.

The result moves defending champions Liverpool level on 20 points with leaders Tottenham Hotspur while Leicester are fourth, level on 18 points with third-placed Chelsea.

Although the Reds were without Mohamed Salah, who had tested positive for COVID-19, and the injured Jordan Henderson and Trent Alexander-Arnold, as well as a string of other absentees, it was a strong showing from Liverpool who look ready to launch another serious title bid.

The home side grabbed the lead in the 21st minute when Evans, under pressure from Sadio Mane, headed a James Milner corner into his own net.

Leicester responded with a smart break with Jamie Vardy finding Harvey Barnes in a promising position but the left-winger's effort was well wide of the target.

Liverpool's second was a masterfully worked goal with Andy Robertson whipping in a delicious cross from the left which Jota met at the near post with an expertly angled glancing header.

Leicester keeper Kasper Schmeichel pulled off a series of saves to deny the home side after the break while Firmino twice hit the post and had an effort cleared off the line.

The Brazilian, who had scored just twice in his last 23 Premier League games, got his reward four minutes from the end with a fine header from another Milner corner.

Klopp was full of praise for the way his team had won so convincingly against opponents who would have gone top with victory.

"We deserved it. The boys played an incredible game against a top, top, top opponent. I don’t take things like this for granted. The boys were on fire football-wise," said the German.

"I liked the overall performance -- the result and clean sheet. We defended incredibly well," he added.

Klopp also then slammed British broadcasters Sky and BT over match scheduling that he says is leading to more player injuries.

Asked by Sky Sports why he waited until the 89th minute of his side's 3-0 win over Leicester City to make two of his three substitutions, Klopp launched a broadside about the frequency of games.

"Why we change late is because we constantly have to think that somebody will go down with an injury. We cannot change early, because we change early and the other one has an injury, and you end the game with nine players," Klopp said.

The COVID-19 pandemic caused the previous season to finish late and the current campaign to be condensed into a shorter period.

The 53-year-old German believes that the scheduling of Champions League matches, which are broadcast by BT, and the Premier League, which is broadcast by Sky and BT, is putting a strain on players and causing injuries.

"If we keep playing Wednesday and Saturday at 1230, I'm not sure if you'll finish the season with 11 players. All the top six are the same, but I know you (the broadcasters) don't care, and that's the problem," Klopp told Sky.

Already missing a slew of players to injury, including influential centre backs Virgil van Dijk and Joe Gomez and midfielders Jordan Henderson and Thiago Alcantara, Klopp suffered another blow when Naby Keita had to be replaced in the 53rd minute against Leicester.

"People tell us we can rotate -- who? We have offensive players, the rest are kids. That's how it is. It's all OK, we fight with what we have, but if you (broadcasters) do not start talking, you will see what happens," he said.

"We cannot change 10, 11 positions, that's not possible. We can't only show up, we have to win the football games."

Klopp said that the pandemic had forced football into making many changes over the last few months and dismissed suggestions that it would be difficult to adjust the schedule to give squads more time to recuperate.

"It's really difficult for the players, that's what is difficult - the rest is just a decision on a desk in an office," he said.

Liverpool will now take on Atalanta in the Champions League on November 26. 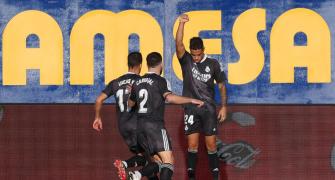 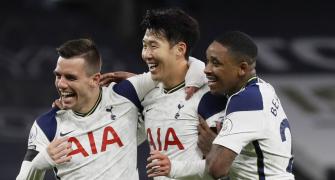 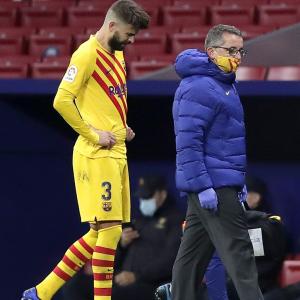 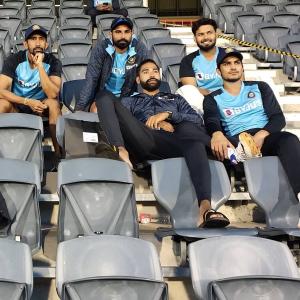