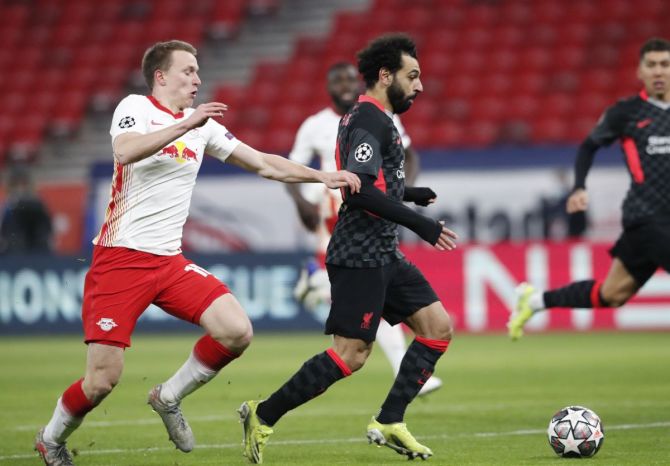 IMAGE: The second leg match against Leipzig and Liverpool will now be held at the Puskas Arena on March 10. Photograph: Bernadett Szabo/Reuters

Liverpool, who beat Leipzig 2-0 in the first leg on February 16 in the Hungarian capital, cannot host Leipzig at Anfield because the Bundesliga team would have to undergo 10 days of isolation upon returning from the United Kingdom.

The first leg, originally scheduled to be held at the Red Bull Arena in Germany, was shifted to Budapest after German authorities denied Liverpool entry into the country due to COVID-19 protocols.

The second leg will now be held at the Puskas Arena on March 10.

"UEFA is able to officially confirm that the UEFA Champions League Round of 16 second leg match between Liverpool FC and RB Leipzig will now be played at the Puskas Arena in Budapest," UEFA said in a statement.

"UEFA would like to express its gratitude to Liverpool FC and RB Leipzig for their support and close cooperation, as well as the Hungarian Football Federation for their assistance and agreeing to stage the match."

The centre back, who scored a last-minute equaliser to send Barca's Copa del Rey semi-final with Sevilla to extra time on Wednesday, missed almost three months earlier this season with a knee problem. Barcelona won the tie 3-0 after extra time, overturning a 2-0 first-leg deficit.

"The medical assessment and tests performed this morning have shown that first team player Gerard Pique has a sprain in the internal lateral ligament of his right knee. He is therefore unavailable and the evolution of the injury will determine when he returns," a club statement read.

Injuries have restricted the 34-year-old to just 15 appearances this season and local media have reported that Pique faces a further three weeks on the sidelines.

© Copyright 2022 Reuters Limited. All rights reserved. Republication or redistribution of Reuters content, including by framing or similar means, is expressly prohibited without the prior written consent of Reuters. Reuters shall not be liable for any errors or delays in the content, or for any actions taken in reliance thereon.
Related News: UEFA, Leipzig, Puskas Arena, Liverpool FC, Liverpool-Leipzig UCL
COMMENT
Print this article 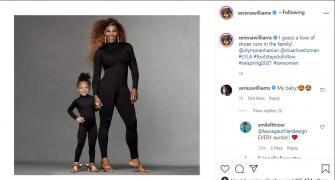 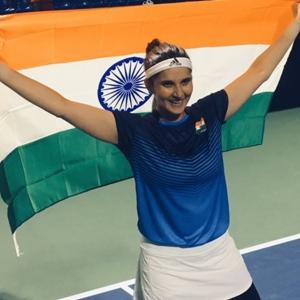