New England Sports Ventures (NESV) said the deal, welcomed by jubilant fans but dismissed as an "epic swindle" and "organised conspiracy" by ousted co-owners George Gillett and Tom Hicks, had eliminated all of the acquisition debt placed on the club by the American pair.

In what could be a major boost for the struggling Merseyside team's embattled manager Roy Hodgson, the new owners added that the club's debt servicing obligations had been slashed from between 25 and 30 million pounds a year to two to three.

"As any Liverpool fan knows, the most nerve-racking way to win is the penalty shootout," chairman Martin Broughton told a throng of reporters gathered outside the headquarters of a London law firm as he announced the change of ownership.

However, Liverpool still face the prospect of a protracted legal battle after lawyers for Hicks and Gillett vowed to fight on "with all of their legal energies" in a claim for damages of $1.6 billion.

They also said they intended to return to the London High Court as part of that bid, with some analysts suggesting the legal battle could go on for years.

"Frankly, I think it's the beginning of a long book, rather than a final chapter," said Rick Horrow, a sports lecturer at Harvard Law School.

The day had started with a breakthrough in Texas, where a judge lifted a restraining order that had prevented NESV from going ahead with the deal on Thursday.

It ended with new owner John W Henry declaring himself proud and humbled with his purchase, telling the fans what they wanted to hear.

"We regard our role as that of stewards for the club with a primary focus on returning the club to greatness on and off the field for the long-term," he said.

"We are committed first and foremost to winning. We have a history of winning, and today we want (Liverpool) supporters to know that this approach is what we intend to bring to this great club."

Liverpool, the five-times European champions, are one of England's greatest clubs with a brand of global stature despite their last league title coming 20 years ago.

However, they have had a nightmare start to the season and are currently 18th in the 20-strong Premier League with just six points from their opening seven matches.

Speaking before the deal was confirmed, Hodgson said a cloud had been lifted.

"It's a very good day for the club," he told a packed news conference at the club's training ground. "It's a relief ... it has been a very difficult couple of weeks ... We've had to live through that bad time."

Friday's outcome, desired by so many Liverpool fans, will be especially welcome ahead of Sunday's local derby away to Everton, a hugely important game given the club's precarious league position although one that Henry will miss.

"It's better for our first experience of our supporters to be at home," he said.

The amount of money the former co-owners, who bought the club in 2007 and have been left more than 100 million pounds out of pocket, have vowed to pursue in damages was scoffed at by some commentators.

"They're hoping for a settlement," said Robert Boland, professor of sports management at New York University.

"You never sue for a little. Every (car) bumper tap in New York City is worth $2 million in damages. You always put the biggest number you possibly could imagine for damages on the lawsuit to start."

Hicks and Gillett had faced a Friday deadline to repay more than 200 million pounds worth of outstanding debt to the Royal Bank of Scotland (RBS), the club's major creditors, who welcomed the new owners and rebuffed the old.

"RBS is pleased the sale of LFC to NESV has been completed and are confident this will provide the foundation for the club and its fans to enjoy renewed success on and off the pitch," the bank said in a statement.

"RBS is aware of reports that Mr Hicks and Mr Gillett may intend to pursue further litigation in relation to the sale of Liverpool F.C.

"The English Courts have described claims made to date as 'not realistic and abusive'. Any further claims against RBS will be vigorously opposed," it added.

© Copyright 2021 Reuters Limited. All rights reserved. Republication or redistribution of Reuters content, including by framing or similar means, is expressly prohibited without the prior written consent of Reuters. Reuters shall not be liable for any errors or delays in the content, or for any actions taken in reliance thereon.
Related News: Royal Bank of Scotland, Liverpool, NESV, Tom Hicks, George Gillett
COMMENT
Print this article
Liverpool director resigns after email row 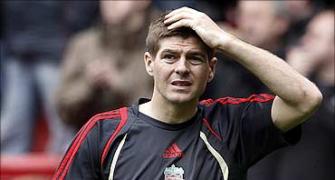 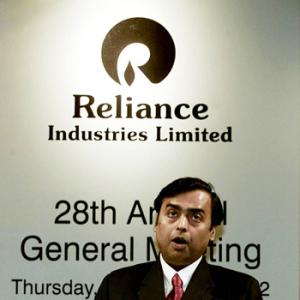 It's India vs China for Liverpool control