Messi thanks fans, friends after 10 'wonderful' years at FC Barcelona Barcelona’s star striker Lionel Messi, who completed a decade at FC Barcelona on Thursday, used social media to reach out to his fans, thanking them for their support.

“I want to say thanks to all my family, friends, teammates and FC Barcelona staff for their support in these 10 incredible years. I've always enjoyed being on the pitch, wearing these colours, living amazing moments and I'm constantly trying to improve and win more titles with my team. A hug for everyone!” Messi wrote on his Facebook page. He later left a message on his Facebook wall, talking of his desire to stay with FC Barcelona: "I hope I have many more years ahead of me. I really want to keep winning and growing. I hope it continues for many years. Many thanks for all the messages and congratulations."

Messi will have another chance to match or surpass Telmo Zarra's six-decade-old La Liga scoring record of 251 goals when Barcelona host promoted Eibar on Saturday. 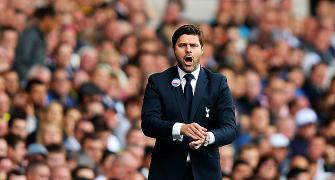