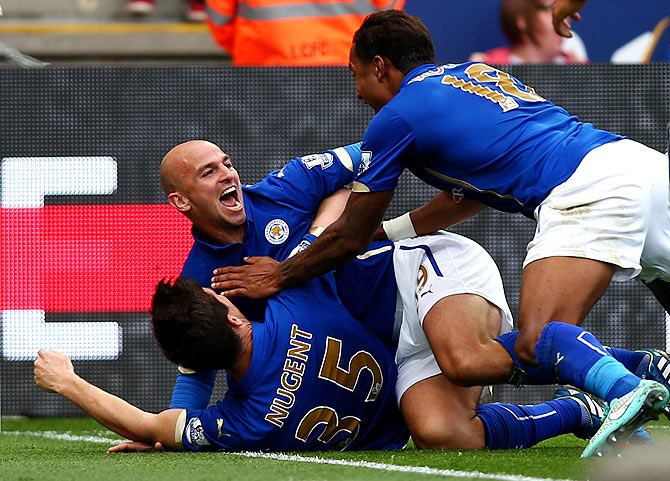 Leicester City's remarkable Premier League triumph after starting the season as 5,000-1 outsiders transcends sport and might never be repeated, according to the league's executive chairman Richard Scudamore.

Leicester, who were on the brink of relegation last campaign, clinched the English league title for the first time in their 132-year history on Monday after second-placed Tottenham Hotspur drew with Chelsea at Stamford Bridge.

"We've had our peaks before. This one, though, is bigger than sport. It has much more human interest in it," Scudamore told The Times.

"It's a life-affirming story, which is why it's attracted more interest than you'd normally get.

"It's from whence they've come... It's the most remarkable thing that's ever happened in my lifetime, and probably anybody's lifetime, in terms of a football, sporting story, and that's not over hyping it.

Leicester host 11th-placed Everton in the league at the King Power Stadium on Saturday after which they will be presented with the Premier League trophy.