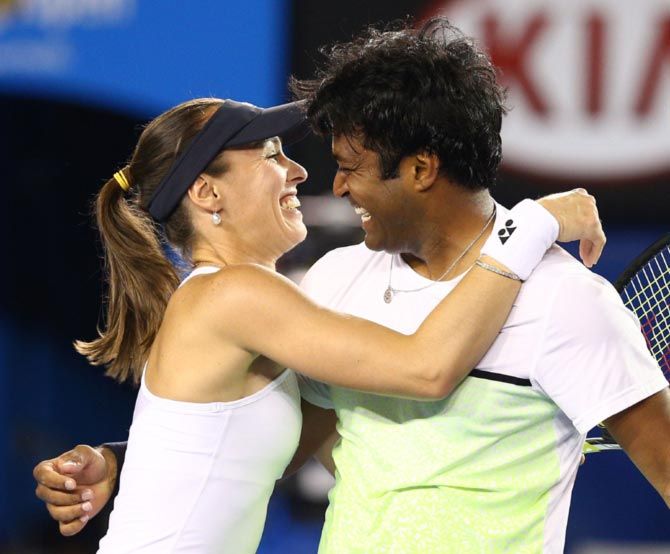 India veteran Leander Paes and his Swiss partner Martina Hingis stayed on course for their third Grand Slam crown of the year after advancing to the mixed doubles final at the US Open, in New York, on Wednesday night.

Fourth seeds Paes-Hingis got the better of second seeds Rohan Bopanna of India and Yung-Jan Chan of Chinese Taipei 6-2, 7-5.

In the final they will play the unseeded American combine of Bethanie Mattek-Sands and Sam Querrey, who got the better of Andrea Hlavackova/Lukasz Kubot of the Czech Republic/Poland 6-4, 6-3.

Unforced errors were the difference between the two teams. The Bopanna-Chan combine committed 12 while Paes-Hingis just nine.

After the match, Paes thanked the many Indian fans who thronged Court No 17 and egged him and Hingis, and the combine of Sania Mirza-Hingis in the women's doubles, on.

"I thank all the Indians who came here to support me and Martina, and also Sania and Martina in the other game," Paes said.

Earlier, Hingis partnered Sania to make it to the women's doubles final.

They will meet fourth seeds Casey Dellacqua-Yaroslava Shvedova (Australia/Kazakhstan), who beat 12th seeds Alla Kudryavtseva-Anastasia Pavlyuchenkova of Russia 6-2, 2-6, 6-3 in the other semi-final.

However, there was disappointment for Indian fans as Karman Kaur Thandi's winning run in the junior girls' singles was halted by second seed Dalma Galfi of Germany in the third round. 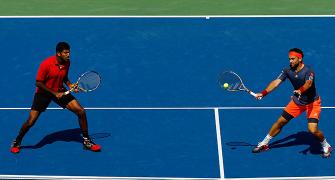 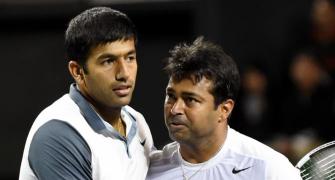 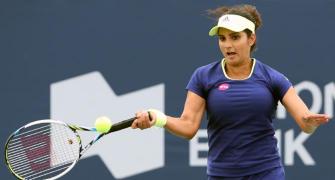 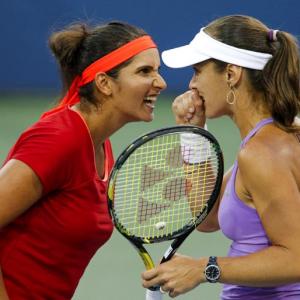 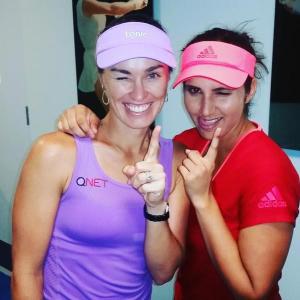