Third seeds Leander Paes and Mahesh Bhupathi got the better of Spain's Marc Lopez and David Marrero to advance to the quarter-finals of the Sony Ericsson ATP Masters Open in Miami on Wednesday.

The 'Indian Express' won the second round match against their unseeded opponents 7-6(5), 6-4.

They will clash with sixth seeds Michael Llodra of France and Nenad Zimonjic of Serbia next.

Paes-Bhupathi and the 'Indo-Pak Express' of Rohan Bopanna and Aisam-ul-haq Qureshi could meet in the semi-finals if both pairs win their respective quarter-final matches.

Bopanna and Qureshi are up against Oliver Marach of Austria and Janko Tipsarevic of Serbia. 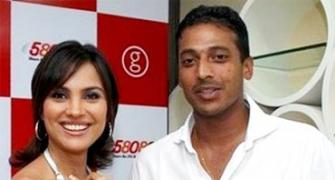 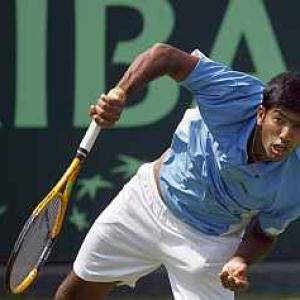 Bopanna-Qureshi crash out of Valencia Open