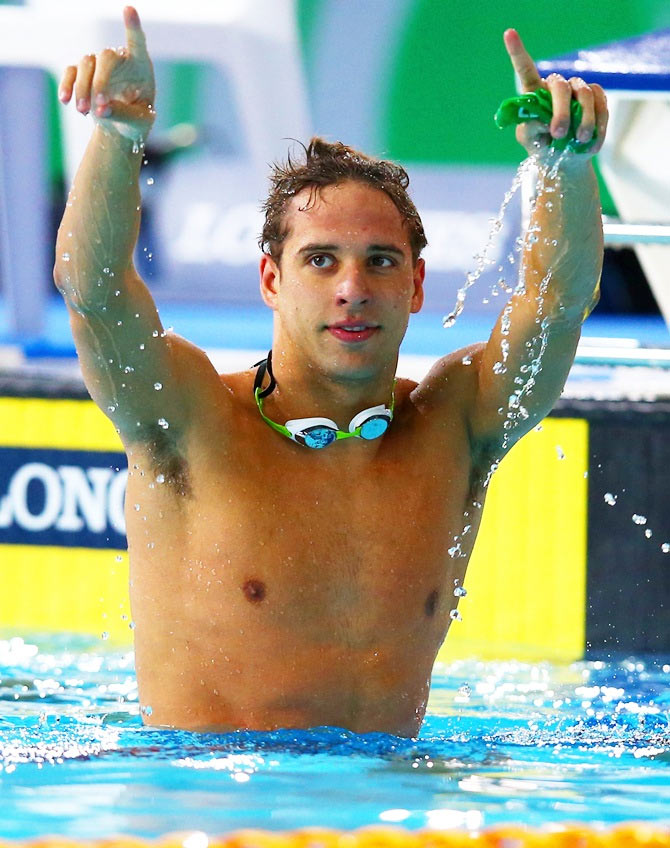 On a day when three world records tumbled, South African Le Clos won the trophy for best male swimmer of the week after winning the 200m butterfly to add to his 50m and 100m titles. The 22-year-old had also won the 200m freestyle gold.

Le Clos was overtaken briefly by Daiyo Seto of Japan but made a strong recovery to finish 0.05 seconds off his own world record time.

On the final day of the championships, Sweden's Sarah Sjostrom became the first woman to break the 55 second mark in the 100m butterfly with a time of 54.61 seconds.

Poland's Radoslaw Kawecki successfully defended his 2012 title in the men's 200m backstroke, joining Ryan Lochte and Aaron Peirsol as the only men to have won the event twice.

Italian Gregorio Paltrinieri went one better than in 2012 by winning the 1500m freestyle and Brazil's Cesar Cielo took gold in the 100m freestyle.

Brazil's Felipe Silva followed up his win in the 100m breaststroke with gold in the 50m while Ranomi Kromowidjojo of the Netherlands took gold in the women's 50m freestyle.

© Copyright 2020 Reuters Limited. All rights reserved. Republication or redistribution of Reuters content, including by framing or similar means, is expressly prohibited without the prior written consent of Reuters. Reuters shall not be liable for any errors or delays in the content, or for any actions taken in reliance thereon.
Related News: Le Clos, Ranomi Kromowidjojo, Brazil, Rikke Moller Pedersen, Felipe Silva
SHARE THIS STORYCOMMENT
Print this article 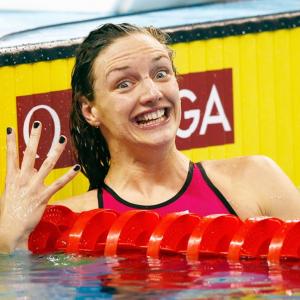 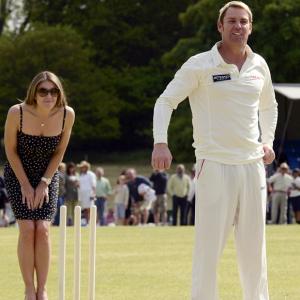