Troubled Liverpool conceded a last-gasp goal in a 1-1 draw at Olympique Lyon on Wednesday, leaving them in danger of an early UEFA Champions League exit, while Inter Milan were on the right end of some late drama.

The Italian champions scored twice in the last five minutes to beat Dynamo Kiev 2-1 away and claim their first win in nine European matches.

Lyon's point was enough to send them into the last 16 along with Sevilla, who were held 1-1 at home by VfB Stuttgart, as the duo joined Manchester United, Chelsea, Girondins Bordeaux and Porto in the knockout stages.

European champions Barcelona, beaten 2-1 at home by Rubin Kazan two weeks ago, were held to a goalless draw away to the Russians in freezing conditions, leaving them in an uncomfortable position in their group.

Arsenal, inspired by two goals from Cesc Fabregas, thrashed AZ Alkmaar 4-1 and virtually ensured their place after becoming the only Premiership side to manage a win this week.

Five-times champions Liverpool travelled to Lyon having lost six of their last seven games in all competitions, including a 2-1 loss to Lyon at Anfield, and were again missing injured captain Steven Gerrard.

They looked to have done enough when Ryan Babel fired them ahead with an eye-catching strike from 25 metres in the 83rd minute.

But former Racing Club and Porto forward Lopez slotted home the equaliser in the last minute despite nearly being dispossessed by a team mate in the run-up to the goal.

"You have to be really disappointed because it was a great opportunity tonight," said Liverpool coach Rafa Benitez.

"It is difficult but not impossible. We have to win our next game (at Debrecen on November 24) and see what happens between Fiorentina and Lyon the same night. We have done it in the past."

Serie A leaders Inter, who drew their first three games in Group F, finally brought their winning domestic touch to Europe, although victory looked unlikely for a long time.

Former AC Milan forward Andriy Shevchenko, whose career nosedived under Inter coach Jose Mourinho at Chelsea, opened the scoring for the hosts in the 21st minute with a deflected goal.

Argentina striker Diego Milito scuffed in the equaliser and Wesley Sneijder poked in the winner in the 89th minute after waves of pressure from the twice European champions.

The win catapulted Inter from bottom to top in the group with six points, one ahead of Barcelona and Rubin Kazan. Kiev are bottom with four but still in the hunt.

Barcelona dominated their game with Zlatan Ibrahimovic hitting the post.

Arsenal's win over another struggling debutant team took them four points clear of Zico's Olympiakos at the top of Group H.

Alkmaar coach Ronald Koeman had never lost to Arsenal as coach, first with Ajax and then with PSV Eindhoven and two years ago his PSV side knocked the Gunners out of the competition.

The former Dutch international's record came to a sorry end at the Emirates where the outcome was never in doubt once Fabregas had put the home side ahead with the first of his two goals.

Sevilla's qualification was tinged with frustration as they lost their 100 percent record in the draw with Stuttgart, completing a week in which all four Spanish teams drew.

Zdravko Kuzmanovic levelled in 79th minute for the Germans after Jesus Navas had given the Spaniards a 14th minute lead.

© Copyright 2021 Reuters Limited. All rights reserved. Republication or redistribution of Reuters content, including by framing or similar means, is expressly prohibited without the prior written consent of Reuters. Reuters shall not be liable for any errors or delays in the content, or for any actions taken in reliance thereon.
Related News: PSV Eindhoven, Troubled Liverpool, Olympique Lyon, Inter Milan, Chelsea
SHARE THIS STORYCOMMENT
Print this article 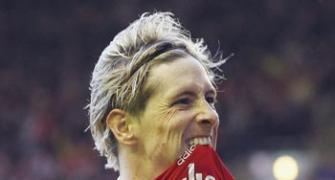 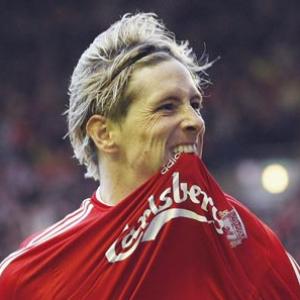