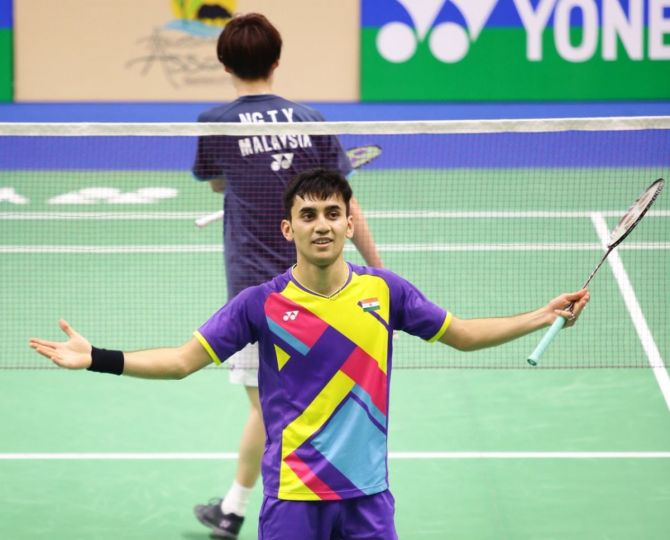 Third seed Sen, ranked 17 in the world, will face reigning world champion Loh Kean Yew of Singapore in the summit clash on Sunday in a repeat of Dutch Open final last year.

The 20-year-old from Almora, who had joined his mentor Prakash Padukone, B Sai Praneeth and Kidambi Srikanth as a medallist at the World championships last month, notched up a 19-21 21-16 21-12 win over the world number 60 Yong in a thrilling semi-final clash.

"It is a good feeling to play my first super 500 final at my home country. The first game was pretty close, I did some errors which cost me. But I kept my calm in the second and third game and managed to pull out," Sen said after the match.

Loh, seeded fifth, was given a walkover in the other semi-finals by Canada's Brian Yang after developing a sore throat and headache.

Sen will be itching to set the record straight after losing the Dutch Open final to Loh. Overall, the duo has a 2-2 head-to-head record with Sen losing two of the last three meetings.

"Both of us are playing well, it will be a good match tomorrow and I am really looking forward to playing him," Sen said about his final clash.

Both shuttlers showed their attacking prowess during the last four clash.

Sen made his opponent move across the court with his returns and used his smashes to good effect to open up a four-point lead at 10-6 after being 2-4 down initially. 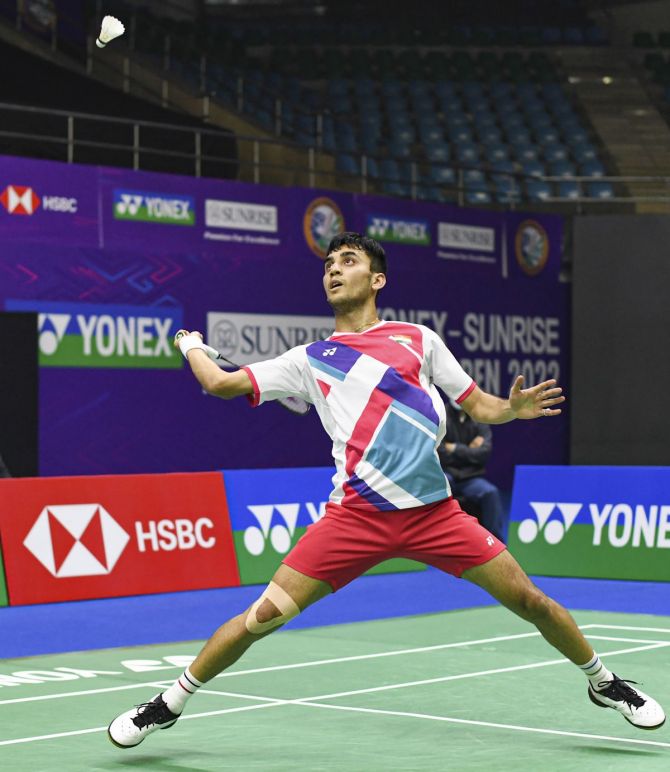 IMAGE: Sen came up with some stiff smashes to bother the Malaysian. Photograph: PTI

The Indian entered the interval at 11-8 after Yong went wide.

After the break, Sen came up with some stiff smashes to bother the Malaysian but he couldn't sustain the pressure as Yong made it 14-14. The Malaysian left Sen wrong-footed with a precise net shot to take the lead.

Yong then won a video referral to take a two point lead at 16-14. Sen controlled the proceeding thereafter to claw back at 17-17.

However, Yong grabbed two game points when a return of serve from Sen went wide and sealed it comfortably.

Yong carried the momentum in the second game, opening up a 4-1 advantage. Sen did well to erase the deficit but Young ensured he had his nose ahead at the break.

Resuming at 9-11, Sen continued his pursuit to turn things around. He drew parity at 13-13 and crafted his way to a 19-16 lead with a powerful drive away from the forehand of his opponent. A net error from Yong gave Sen four game points and he sealed it when Yong again erred at the net. 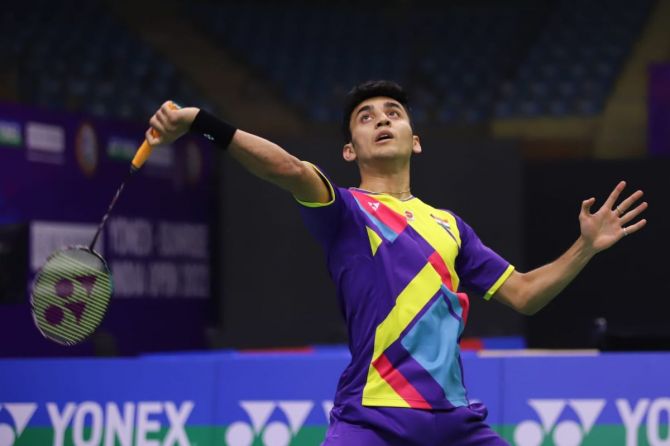 In the decider, Sen made a confident start, leading 4-1 and then reached 9-5 with another cross court jump smash. He played another precision shot at the baseline and with Yong going wide, Sen entered the interval with a massive six-point advantage.

Sen went on a smash hitting spree thereafter to quickly jump to a 18-12 lead. He grabbed eight match points with a drop and sealed it without much ado after his opponent went to net again.

Last year, the youngster made it to the semis at Hylo, reached the knockout stage at World Tour Finals on debut before sizzling at the World Championships with a bronze.