Atletico Madrid's La Liga title challenge took a nosedive when they slumped to a shock 3-0 defeat at Osasuna on Sunday, leaving Real Madrid three points clear at the top. 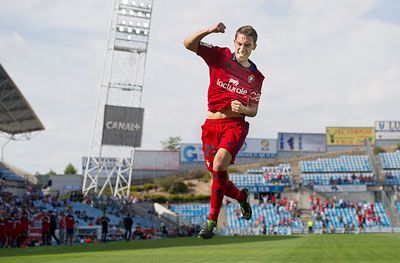 Champions Barcelona and Real were held to draws at Osasuna's El Sadar stadium earlier in the season and Atletico fell behind in the sixth minute when Alvaro Cejudo arrived unmarked at the back post to volley a corner into the net.

An error by fullback Juanfran allowed Emiliano Armenteros space to score with a long-range drive in the 21st minute and Roberto Torres nodded a third goal three minutes before the break.

It was the first time Atletico conceded three goals in the first half since Argentine coach Diego Simeone took over at the end of 2011.

Simeone left several regulars out of his starting lineup before bringing on playmakers Koke and Arda Turan and attacking midfielder Raul Garcia in the second half.

Atletico forward Diego Costa, who has 21 goals in La Liga this season, toiled up front but a typically gritty defensive performance from Osasuna kept him at bay as they climbed to 12th on 29 points.

"When your opponent is superior all you can do is congratulate them and Osasuna played very well today," Simeone told a news conference.

"The second half was better from our side but we couldn't find the goal that would have put us back in the match."

Real Madrid had earlier cruised to a 3-0 win at home to promoted Elche. They have the outright lead for the first time since the end of the 2011-12 season, on 63 points with 13 matches left.

Barca, chasing a fifth title in six years, and Atletico have 60 points with the Catalan giants ahead on goal difference.

Atletico and Barca won impressively away from home in midweek Champions League action. The latter beat ManchesterCity 2-0 and the former overcame AC Milan 1-0 but both teams were unable to carry their form into the weekend.

Real, who play their Champions League last-16 first leg at Schalke 04 on Wednesday, are unbeaten in 26 matches in all competitions and visit Atletico next Sunday when they will be seeking to avenge a 1-0 defeat at home to their city rivals in September.

"The third goal was a real blow," said Atletico full back Filipe Luis.

"All we can do is congratulate Osasuna on a great performance. We need to keep working and try to keep up with the leaders which is a very tough task," added the Brazil international.

"We have always said this league is a two-horse race. But we are very strong at home so we will do our best to beat Real next weekend."

Fourth-placed Athletic Bilbao remained on course for a berth in Champions League qualifying when they won 2-0 at bottom club Real Betis who had a player sent off in each half.

Sevilla and Valencia stayed in the hunt for European places when they won 1-0 at struggling Rayo Vallecano and 2-1 at home to mid-table Granada respectively.

Seventh-placed Sevilla and Valencia, in eighth, have 35 points, five behind Villarreal in sixth who visit Espanyol on Monday.

Sociedad are on 43 points in fifth, four adrift of Basque rivals Bilbao.

© Copyright 2020 Reuters Limited. All rights reserved. Republication or redistribution of Reuters content, including by framing or similar means, is expressly prohibited without the prior written consent of Reuters. Reuters shall not be liable for any errors or delays in the content, or for any actions taken in reliance thereon.
Related News: Atletico Madrid's La Liga, Diego Simeone, Sevilla, Osasuna, Athletic Bilbao
SHARE THIS STORYCOMMENT
Print this article 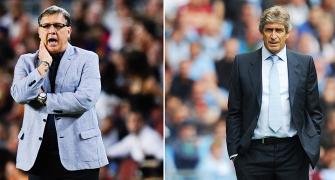 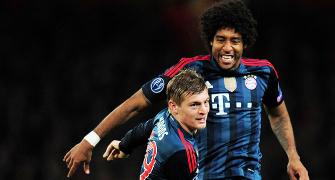 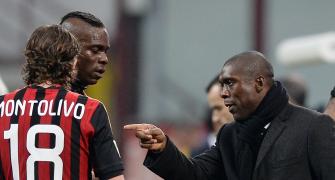 Real upbeat Ronaldo ban will be lifted for Elche game 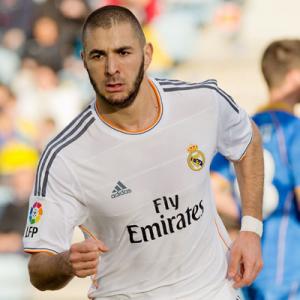 La Liga: Real Madrid back on top after comfortable win at Getafe