La Liga leaders Real Madrid's game with Celta Vigo on Sunday has been postponed amid safety fears after the Balaidos stadium roof was damaged by storms, the league's governing body announced on Saturday. 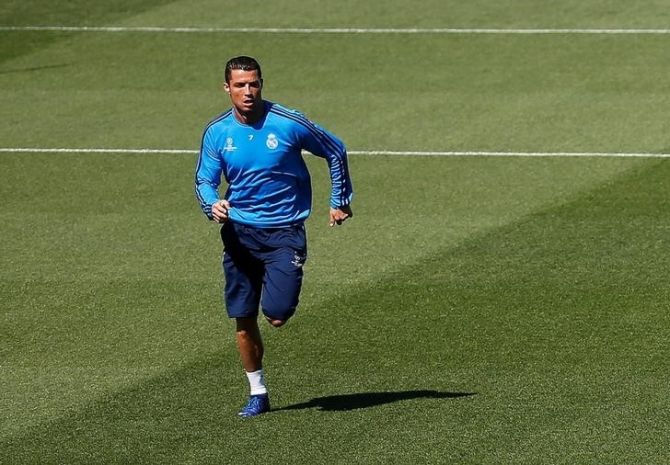 "According to the report issued from the city hall in Vigo, they consider that the Balaidos stadium is not safe for spectators or for players to attend the game on Sunday," said a statement from La Liga.

"La Liga will propose possible dates for the game to be played after listening to the opinions of the clubs and the television broadcasters."

The mayor of Vigo, Abel Caballero, announced earlier on Saturday that the town hall had decided the game could not go ahead in the interest of public safety.

"The storm has damaged a part of the roof in one of the stands and there's no time to fix it for the game," Caballero told Radio Marca.

"The stadium is not in the right condition to hold the game. Firefighters can't access the damaged area, we have to prioritise the safety of supporters."

Spanish sports daily Marca said Real had been resisting the postponement as the team had no free dates in their schedule to play a rescheduled game. Real's participation in the Champions League and Celta's in the Europa League limits both sides' availability.

Real, who top the standings by one point, already had one game in hand on title rivals Barcelona and Sevilla, their fixture at Valencia being postponed until February 22 due to the team's participation in the Club World Cup in December.

Friday's La Liga game between Deportivo La Coruna and Real Betis was postponed after 180 kph winds ripped off parts of the roof of Deportivo's Riazor stadium, also located in the region of Galicia, which has been ravaged by extreme weather in the last week.

© Copyright 2021 Reuters Limited. All rights reserved. Republication or redistribution of Reuters content, including by framing or similar means, is expressly prohibited without the prior written consent of Reuters. Reuters shall not be liable for any errors or delays in the content, or for any actions taken in reliance thereon.
Related News: La Liga, Real Madrid, Celta Vigo, Deportivo La Coruna, Abel Caballero
SHARE THIS STORYCOMMENT
Print this article