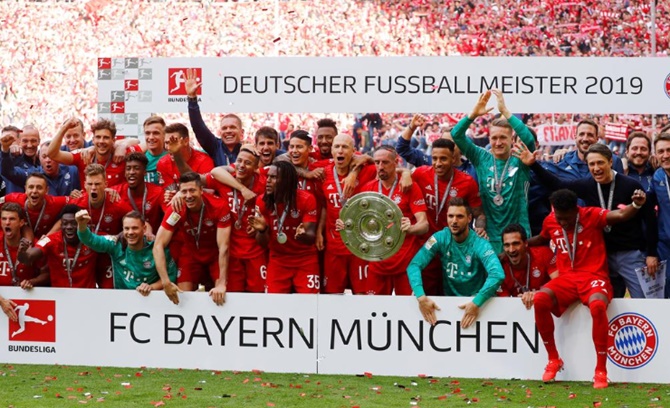 The Bavarians, who can secure a domestic double if they beat RB Leipzig in the German Cup final on May 25, have now won the German league title a record 29 times.

“It was no easy season by any means. What the team managed to achieve after a lot of criticism is significant. That is why I would like to thank them all,” Bayern coach Niko Kovac told Sky.

With two points separating Bayern and Dortmund going into the final match day, the Bavarians were in no mood for any mishaps.

In a dominant first half they went ahead with Kingsley Coman after four minutes and missed a bagful of chances to score again.

Frankfurt briefly levelled when Sebastien Haller stabbed in on the rebound in the 50th but their hopes of a top-four finish lasted only minutes with David Alaba and Renato Sanches netting for the hosts in the 53rd and 58th.

Veteran wingers Franck Ribery and Arjen Robben, both leaving the club, then came on as substitutes and scored Bayern’s fourth and fifth goals for a perfect farewell.

Bayern’s Robert Lewandowski was crowned the league’s top scorer for the fourth time with 22 goals.

Dortmund finished two points behind in second place on 76 after beating Borussia Moenchengladbach 2-0. RB Leipzig, third, and fourth-placed Bayer Leverkusen will join them in next season’s Champions League.

Gladbach, VfL Wolfsburg and Frankfurt will compete in the Europa League. 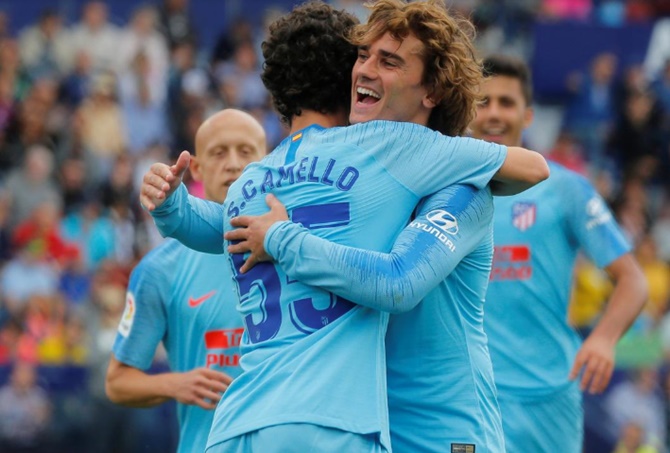 As Atletico Madrid’s long-time servants Diego Godin and Antoine Griezmann brought their glittering careers with the club to an end, teenager Sergio Camello showed Atletico can still enjoy a bright future as he helped them to snatch a 2-2 La Liga draw at Levante on Saturday.

The 18-year-old made his debut by coming off the bench with his side two goals down after Erick Cabaco and Roger Marti struck in the first half and they were soon down to 10 men when Angel Correa was sent off for kicking out at an opponent.

But the league runners-up came roaring back, responding with a scorching long range strike midway through the second half from midfielder Rodri, who is also expected to leave in the summer according to widespread media reports.

Camello then got his chance when a deflected shot bobbled towards him in the area and he calmly struck the ball into the net in the 79th minute.

The goal provoked wild celebrations from coach Diego Simeone on the touchline even though the result did not change Atletico’s final position in the table.

Levante, who had clinched survival last week, still could have won the game but Marti could only strike the crossbar from close range, and Atletico ended the campaign second in the standings with 76 points, 10 behind champions Barcelona.

“Of course it was important, we were losing 2-0, Angel was sent off, we made two big mistakes but the team rebuilt itself, and to top it all the goal was scored by a young lad from our academy, by new blood,” Simeone told reporters.

“Our young players are making a lot of progress, and not just Camello, all our youth teams are fighting very hard and we have a lot of players with talent and commitment and who excite us and who want to be here.”

Captain Godin is leaving Atletico after nine seasons while fellow defenders Filipe Luis and Juanfran have also completed their contracts with the club.

Top scorer and highest earner Griezmann announced on Tuesday that he would also be departing, with Barcelona expected to be his next destination.

“I also wanted to pay tribute to our gladiators who are leaving, it’s normal for players to leave but we’re very proud of them” added Simeone.

“Their biggest legacy is not the trophies they have won but their commitment and the respect everyone shows for them. They gave us so much.”

Valencia secured Champions League football for the second year in a row by winning 2-0 at Real Valladolid on Saturday, clinching fourth place in La Liga at the expense of Getafe who drew 2-2 at home to Villarreal.

Marcelino's side had to win to guarantee finishing fourth and after surviving the home side hitting the post they took the lead in the 36th minute when Carlos Soler calmly tucked the ball into the net to finish off a clinical counter-attack.

Spain international Rodrigo, who had played a crucial in the opening goal by winning back possession, scored the second from close range in the 52nd after midfielder Dani Parejo robbed the ball from a Valladolid defender deep in the hosts' half.

Valencia ended the campaign on 61 points to take fourth spot for a second consecutive season, while Getafe came fifth with 59 and qualified for the Europa League, as did Sevilla who finished sixth with 59 after beating Athletic Bilbao 2-0.

© Copyright 2020 Reuters Limited. All rights reserved. Republication or redistribution of Reuters content, including by framing or similar means, is expressly prohibited without the prior written consent of Reuters. Reuters shall not be liable for any errors or delays in the content, or for any actions taken in reliance thereon.
Related News: Atletico Madrid, Bayern Munich, Antoine Griezmann, Levante, Diego Godin
SHARE THIS STORYCOMMENT
Print this article 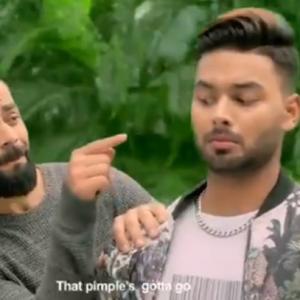 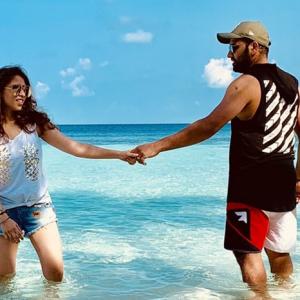