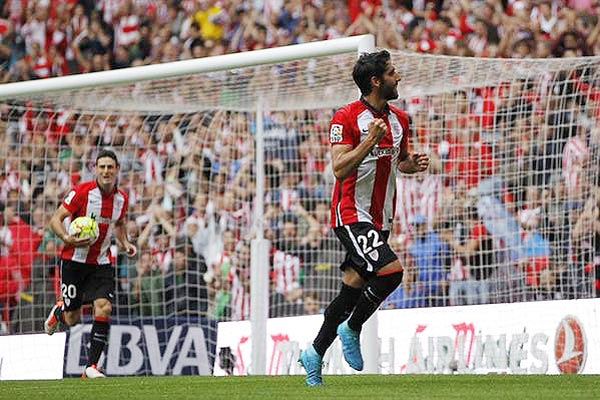 Athletic Bilbao ended a dismal run of two defeats in their opening two games when Aritz Aduriz struck twice and Raul Garcia scored on his debut to help the Basque club to a 3-1 victory at home to Getafe in La Liga on Sunday.

Striker Aduriz opened the scoring in the sixth minute at the San Mames with a trademark header before midfielder Garcia, who joined from Atletico Madrid last month, nodded in a second in the 24th minute.

Emiliano Velazquez pulled back a goal for the visitors in the 70th minute before Aduriz steered in his second seven minutes from time.

On Saturday, Lionel Messi came off the bench to earn champions Barcelona a 2-1 victory at Atletico Madrid on Saturday while Cristiano Ronaldo hit five goals in a 6-0 romp at Espanyol to become Real Madrid's record La Liga scorer.

Barca's victory preserved their perfect start to the season and they lead on a maximum nine points from three matches, three ahead of 2013-14 champions Atletico who are sixth.

Villarreal, who like Bilbao are competing in this season's Europa League, also have seven points in third thanks to a 3-1 win at Granada earlier on Sunday.

Celta Vigo and Eibar can make it three wins out of three and join Barca on nine points when they host promoted Las Palmas and play at Malaga respectively later on Sunday.

© Copyright 2021 Reuters Limited. All rights reserved. Republication or redistribution of Reuters content, including by framing or similar means, is expressly prohibited without the prior written consent of Reuters. Reuters shall not be liable for any errors or delays in the content, or for any actions taken in reliance thereon.
Related News: La Liga, Atletico Madrid, Athletic Bilbao, Raul Garcia, Getafe
COMMENT
Print this article 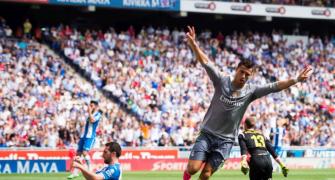 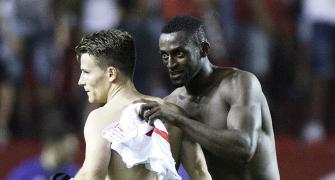 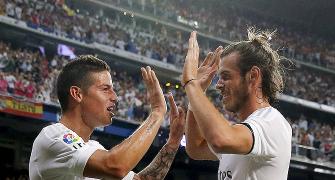 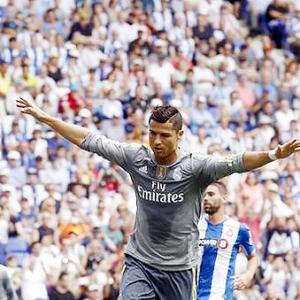 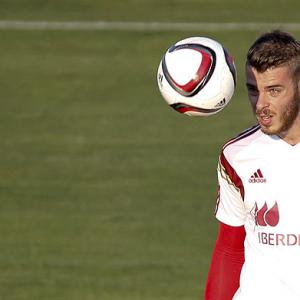