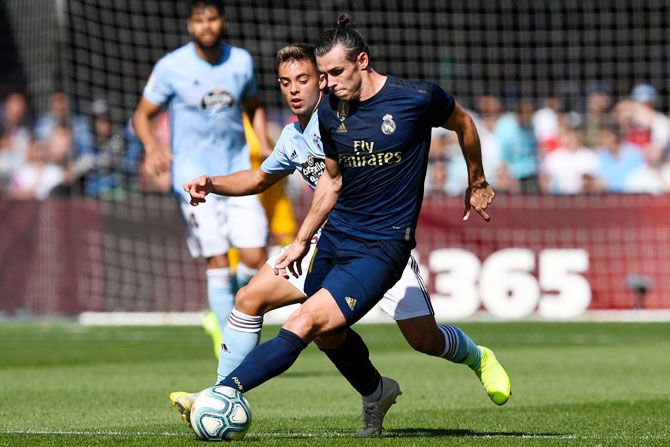 Coach Zinedine Zidane said Gareth Bale will remain at Real Madrid this season after the Wales forward produced an inspiring performance in a 3-1 win at Celta Vigo on Saturday after a summer of uncertainty.

Bale created Madrid's opening goal, which was scored by Karim Benzema, with a superb change of pace down the left wing and was a constant threat to Celta while he also contributed to Madrid's defensive work.

Toni Kroos later stretched the visitors' lead with a superb strike after Luka Modric had been sent off for Madrid, while Lucas Vazquez added a third later on.

Bale was not expected to stay in the Spanish capital this season after a tense stand-off with Zidane during pre-season, with the coach openly stating Bale was set to leave and even remarking: "If he leaves tomorrow, all the better."

He was reported to be on the verge of signing for Chinese club Jiangsu Suning in July but the move was called off and his chances of holding down a place in the team increased after fellow forward Marco Asensio sustained a serious knee injury.

When new arrival Eden Hazard was ruled out for three weeks after picking up a muscle problem on Friday, it again boosted Bale's chances of playing.

However, Zidane said he had always intended to pick Bale against Celta and added the forward would not leave the club any time soon.

"He's going to stay and we all have to think of that as a positive thing," Zidane told a news conference.

"We have to focus on this season and nothing else. The injury to Hazard was bad luck for us but it didn't change the plans we had for Bale in this game. Gareth and everyone else here is going to show this shirt the respect it deserves."

Madrid goalkeeper Thibaut Courtois also praised Bale's performance and credited his side for making such a strong start to the campaign after a worrying run of results in pre-season.

"We weren't surprised at all when Bale was named in the team because the boss counts on every single player and then decides the starting 11. Gareth played an outstanding game," he said.

"We worked hard in pre-season but results didn't go our way for different reasons, but the season starts with the first game, not before.

"We played very well in the first half then in the second we fought hard together with a man down."

Real Madrid midfielder Casemiro also praised Bale, saying the 30-year-old is a great player and is very important for the club.

"He has given us titles, he's scored in finals and he has a lot of respect from us all. He has to play. He's a great player and is very important for us," Goal.com quoted Casemiro as saying.

Real Madrid will next play Valladolid in La Liga on August 24.

Mallorca make dream start to life back in La Liga

Real Mallorca made a dream return to La Liga with a 2-1 victory over Eibar at the Estadi Son Moix on Saturday, less than two months after sealing back-to-back promotions to rejoin Spain's soccer elite.

It is holiday season on the Ballaeric island but fans clad in the club's red colours flocked to the stadium on a sultry evening in Palma in large numbers and were handsomely rewarded.

Eibar had threatened to ruin the script when Paulo Oliveira cancelled out a superb early effort by Dani Rodriguez but the Portuguese defender then sliced into his own goal in the 74th minute as Mallorca got the win their stylish football deserved.

It is six seasons since Mallorca's 16-year stay in the top flight ended during a period of financial meltdown.

They went close to going out of business and three seasons ago suffered the ignominy of relegation to the third tier.

With American former professional tennis player Andy Kohlberg and Robert Sarver, owner of NBA team Phoenix Suns, the majority owners in a consortium that paid 21 million euros ($23.87 million) for the ailing club in 2016, the good times appear to be on the way back for the 100-year-old club.

Sport lawyer Maheta Molango, Mallorca's CEO and the man who orchestrated the American rescue mission back in 2016, said the club's rise has been startling.

"I remember Robert (Sarver) coming to watch a match when we were in Segunda B (third tier) and the team we played had no real stadium and the ball kept ending in a swimming pool," Molango, a former Brighton and Hove Albion striker, told Reuters. "He said it was like American college soccer."

A solid structure, though, is now in place off the pitch. Ticket sales are soaring and Mallorca will net around 45 million euros in TV revenues as part of the lucrative La Liga deal.

And in Vicente Moreno, hired in 2017, they have a coach with a burgeoning reputation.

He has remained loyal to the players who helped Mallorca to promotion via a dramatic playoff win over Deportivo La Coruna in June and they produced a vibrant display on Saturday.

Midfielder Rodriguez accelerated clear in the fourth minute and produced a clinical finish to put the hosts ahead.

Croatian striker Ante Budimir should have extended the lead and when Oliveira slid home the equaliser early in the second half the 'Los Bermellones' fans fell quiet.

Lago Junior had chances to restore the lead but in the end it was Oliveira, the party-spoiler a few minutes earlier, who inadvertently sent the fans off into the night full of hope for the daunting task of survival.

"Obviously it's been a fast ascent for us," Le Saux told Reuters from Mallorca's pitch-side VIP section, complete with pizza oven, where well-heeled fans will be able to get a close-up view of Lionel Messi later this season.

"We will have to fight with everything we have to stay in the league and maintain the things that have got us this far."

© Copyright 2021 Reuters Limited. All rights reserved. Republication or redistribution of Reuters content, including by framing or similar means, is expressly prohibited without the prior written consent of Reuters. Reuters shall not be liable for any errors or delays in the content, or for any actions taken in reliance thereon.
Related News: Gareth Bale, Real Mallorca, La Liga, Zinedine Zidane, Real Madrid
SHARE THIS STORYCOMMENT
Print this article 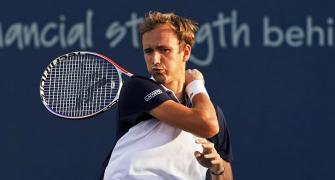 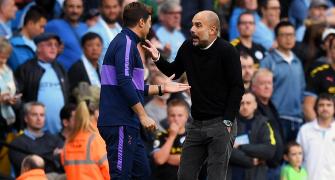 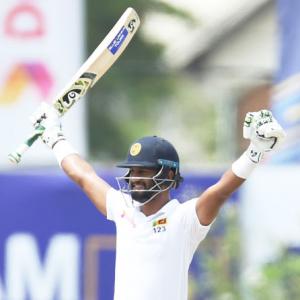