Kuwait, home to influential sports power broker Sheikh Ahmad Al-Fahad Al-Sabah, has been threatened with a ban by FIFA because of government interference in the running of the local football association. 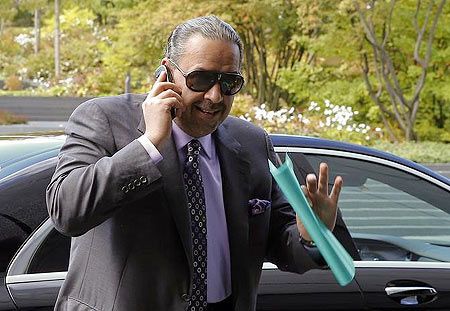 World governing body FIFA has given the Kuwait Football Association until next week to avoid the implementation of a new set of sports laws that FIFA believes threaten the autonomy of the KFA when they are due to come into force on Oct. 27.

At FIFA's executive committee meeting on September 25, the body decided to "contact the Kuwait Football Association about the new sport law and warn about a suspension if nothing is done by 15 October 2015 to avoid the implementation of the new law due to come into force on 27 October 2015."

"We can confirm that in accordance with the decision of the Executive Committee a letter was sent to the Kuwait FA," a FIFA spokesperson told Reuters.

The world governing body has traditionally taken a dim view of government interference and banned Kuwait's fellow Asian Football Confederation members Indonesia for the offence in May which ruled them out of the ongoing World Cup qualifying campaign.

Kuwait have twice previously been banned for government interference by FIFA in 2007 and 2008 and a third ban could have significant ramifications for the February elections to decide upon a new leader at the Switzerland-based body.

He carries significant sway in the 47-member Asian Football Confederation, who had previously backed Michel Platini to succeed Sepp Blatter. However, the AFC are understood to be monitoring that position following the ongoing corruption crisis at FIFA.