The home of Indian football is once again gearing up for another football fiesta when a galaxy of international stars, led by two-time World Cup winner Brazilian Cafu, will be up against a dream Indian XI at the Salt Lake Stadium on January 23.

More than three decades after he mesmerised the football-crazy Kolkata in an exhibition match for New York Cosmos, 71-year-old Brazilian legend Pele will once again set foot in the city and will be representing the Superstars XI.

The world team would also have the services of Brazilian star Ronaldo.

Kolkatans will also get an opportunity to watch the 1998 World Cup winner and Frenchman Marcel Desailly besides the likes of legendary Italian defender Paolo Maldini.

The team will be coached by former Dutch superstar Ruud Gullit -- captain of the Euro 88 winning team.

Selected by the Football Players' Association of India, the home side will be led by inspirational Bhaichung Bhutia and will be partnered by legendary forward I M Vijayan up front.

The football superstars along with few Indian players will also impart a two-hour training on match-day morning.

Way back on September 22, 1977, Pele fever gripped the city as he drew more than 80,000 fans at Eden Gardens for an exhibition match against Mohun Bagan as it became a part of football folklore in India.

The organisers said further details of the match will be announced on January 6. When Satyadev Dubey refused to work with Shyam Benegal

The rise and fall of Frank Bruno 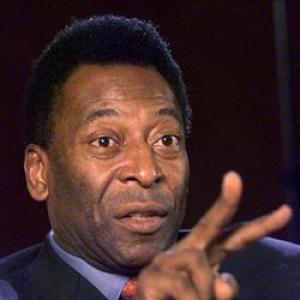 Pele plays down feud with Teixeira