A lacklustre India conceded three early goals as they were outplayed by New Zealand 3-6 in their opening match of Lanco International Super Series Hockey 9s tournament in Perth on Thursday.

They failed to shed the old habit of slow passing against the fast-paced Kiwis and conceded goals at regular intervals, which frustrated the fairly large crowd that came to support them at the Perth Hockey Stadium on the opening day of the tournament.

The new format is mainly an attempt at making the game faster and increasing the number of goals in each match, but it seems India has a lot to do to make an impact in the tournament.

New Zealand were 3-0 up in no time after Stephen Jennes opened scoring in the sixth minute, outsmarting the otherwise alert defender Majit Kullu.

Within a minute, Blair Hilton converted a half chance into a goal before Benjamin scored the best goal of the contest to give the Kiwis a three-goal cushion.

It was a reflexive backhander from the right top of the circle that took India captain and goalkeeper Bharat Chetri unawares.

Even after taking 3-0 lead, New Zealand kept attacking and India had to thwart many surges.

Sardar Singh, who was in fine touch, scored India's second goal from the first penalty-corner they got two minutes after the first break.

Substitute Ravi Pal then punched a hard one from the top of circle in the 24th minute to give India a chance to come back into the match at a 3-4 scoreline.

However, they failed to sustain the tempo. They resorted to short passing and slow goal-building, which did not work.

To make matters worse, India had to play with a player less for considerable time on account of V R Raghunath arguing for a goal and earning the wrath of Australian umpire Dan Johnston.

Yuvraj Walmik got an excellent opportunity after being fed by hard-working Gurbaj but his shot hit the far post and deflected away. 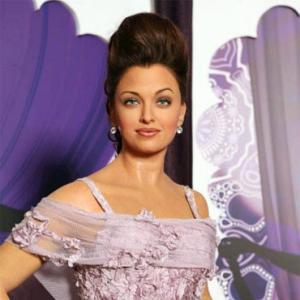