‘I will just try to, you know, take it step by step and try to get in love a little bit with the clay’ 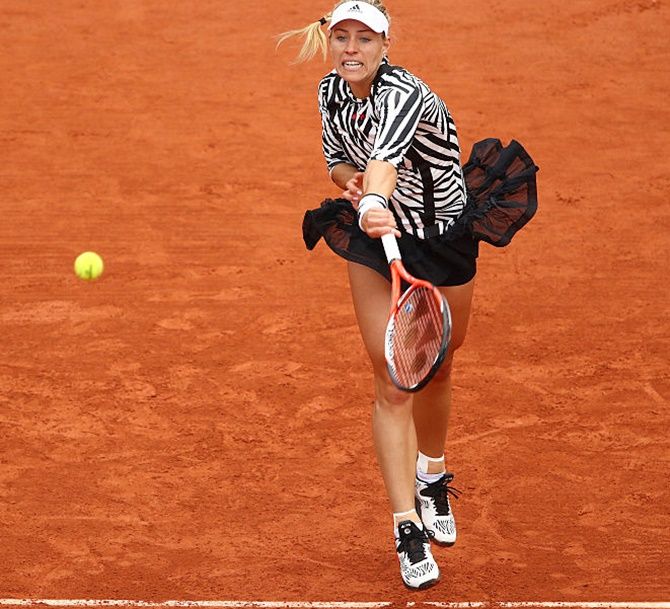 World number one Angelique Kerber is out to find a love for clay in Paris on the French Open courts, with the out-of-form German traditionally struggling on this surface.

With the year's second Grand Slam starting on Sunday, Kerber said she needed to get match practice to return to the form that earned her the world number one ranking last year as well as the Australian Open and US Open titles.

Clay has never been her preferred surface, and the 29-year-old made an opening round exit in Paris last year. She has only once made it as far as the quarter-finals.

"I will just try to, you know, take it step by step and try to get in love a little bit with the clay," Kerber told reporters on Friday.

"Everybody knows it's not my favourite surface, but we have to play on clay," she said. "Also last year this was not the best weeks for me. It was my best year, but... when I played tournaments on clay, I was not playing so well."

Kerber has struggled this season, and she withdrew from the Madrid Open with a thigh injury and was beaten in straight sets by qualifier Anna Kontaveit in Rome last week.

"This year it's actually the same. It can be just better," said Kerber, who will face Russian Ekaterina Makarova, ranked 40th in the world, in the first round in Paris.

"I need matches. I need matches where I can start playing and feeling my tennis. Winning matches, I think this is also important. And just, you know, going out and trying to find my game," she said.