Shekhar, arrested by the probe agency from Pune on Friday, was produced at the residence of special CBI Judge O P Saini who remanded him to custody till February 17.

Deorukhkar is the fifth person to be arrested in the scam in which nearly Rs 600 crore worth contracts relating to the Games' overlays project are under the scanner of various agencies.

The arrest of the Congress MP's personal assistant came after the investigating agency had registered a fresh case in award of contracts for overlays at different venues for the Games at allegedly exorbitant rates.

CBI had earlier arrested three senior CWG officials TS Darbari, Sanjay Mohindroo and M Jayachandran. All the three were subsequently granted bail. Beenu Nanu, the head of two event management companies, was the fourth person to be picked up.

The agency had conducted a number of searches in certain premises across the country early in January in connection with the scam in the Games, including those of an officer under Union Sports Ministry.

The overlays contracts are also under the scanner of the Income Tax Department and the Enforcement Directorate.

CBI had earlier registered three FIRs for alleged corruption in the projects and events in the run up to the sporting extravaganza. 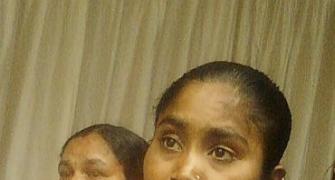