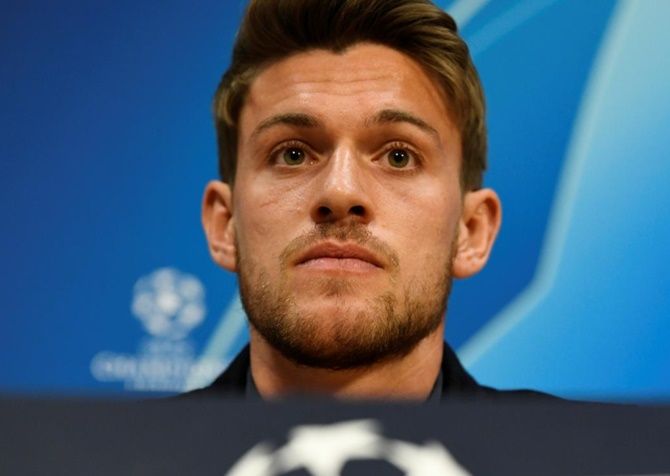 Juventus defender Daniele Rugani said he is fine on Thursday, shortly after his club said he had tested positive for coronavirus, the first player in Serie A to do so.

"You've read the news, so I want to reassure everyone who's worried about me, I'm fine," Rugani said on Twitter.

"I urge everyone to respect the rules, because this virus makes no distinction! Let's do it for ourselves, for our loved ones and for those around us."

Rugani, who is not a regular first team player, has made seven appearances this season, including two in February. He was on the bench for Sunday's game against Inter Milan.

A source close to Juventus said the entire squad will have to spend two weeks in quarantine, meaning they would not be able to face Olympique Lyonnais in the second leg of their Champions League round of 16 tie on March 17.

Sampdoria's Manolo Gabbiadini has become the second Serie A player to test positive for the coronavirus, his club said on Thursday.

Juventus on Wednesday announced that their defender Daniele Rugani had tested positive for the virus, which has infected over 12,000 and killed more than 800 in Italy.

"He's got a bit of fever, but he's fine. The club is currently activating all the isolation procedures required by law," the Genoa-based club said in a statement.

Verona, the last club that Sampdoria faced, said in a statement that they were "ceasing all activity" in light of Gabbiadni's positive test for coronavirus.

All Serie A matches have been suspended until April 3 due to the epidemic.