Justin Rose produced remarkable poise and a Ben Hogan-like finish to win his first major title by two shots at the U.S. Open on Sunday after overhauling 54-hole leader Phil Mickelson in the final round.

Rose closed with a level-par 70 in difficult scoring conditions at Merion Golf Club, posting a one-over total of 281 to become the first Englishman to win the year's second major since Tony Jacklin at Hazeltine in 1970. 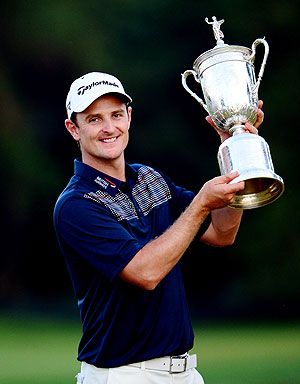 American Mickelson, serenaded with 'Happy Birthday' chants from the fans on every hole after turning 43 on Sunday, bogeyed three of the last six holes for a 74 to tie for second with Australian Jason Day (71).

It was an especially emotional win for Rose, coming on Father's Day, and he pointed a finger skywards after two-putting for par on the 18th green to acknowledge the memory of his own father Ken, who died from leukaemia in 2002.

"It wasn't lost on me that today was Father's Day," Rose said during the trophy presentation after mixing five birdies with five bogeys in the final round to win a fifth title on the U.S. PGA Tour.

"For it to all just work out for me, on such an emotional day, I just couldn't help but look up to the heavens and think that my old dad Ken had something to do with it."

Left-hander Mickelson, a huge fan favourite who has long coveted a first victory in his national open, had to settle for more heartache and a record sixth runner-up spot at the U.S. Open after carding a 74.

"This could have been a really big turnaround for me on how I look at the U.S. Open and the tournament that I'd like to win, after having so many good opportunities.

"This week was my best opportunity, I felt, heading in, certainly the final round, the way I was playing and the position I was in."

Mickelson, a four-times major champion, had to hole out for birdie from a swale below the green at the par-four last to force a playoff but his shot ran through the back of the green from where he two-putted for bogey.

He dropped back into a share of second place with Day at three over, two ahead of Americans Hunter Mahan (75), Jason Dufner (67) and Billy Horschel (74), and twice former champion Ernie Els of South Africa (69), who were tied for fourth.

Tiger Woods, pre-tournament favourite after winning four times in just eight starts on the 2013 PGA Tour, carded a 74 for a 13-over total of 293, tying for 32nd in his worst finish after four rounds at a U.S. Open as a professional.

Helped by consecutive birdies at the 12th and 13th, Rose edged one ahead on a tightly bunched leaderboard and, though he bogeyed 14 and 16, he was handed the lead for good when Mickelson and Mahan both stumbled at the tricky par-four 15th.

Rose safely parred the short 17th before having to face the brutal challenge of the 511-yard, uphill last, the most difficult hole on the course during the week.

He struck a superb tee shot down the middle, his ball finishing close to the famous plaque marking where Hogan hit a one-iron approach to within 40 feet on the way to victory in the 1950 U.S. Open.

"When I walked over the hill and saw my drive sitting perfectly in the middle of the fairway, with the sun coming out, it was kind of almost fitting," said Rose.

"And I just felt like at that point it was a good iron shot on to the green, two putts, like Hogan did, and possibly win this championship. I felt like I did myself justice."

Rose hit his four-iron approach right at the flag for his ball to roll through to the back of the green before nestling on the fringe. From there, he used a three-wood to putt and very nearly sank the birdie attempt, his ball curling left-to-right before halting inches short of the cup.

"I feel like I established a game plan that really held true for me," said Rose, who will rise to third in the world rankings on Monday.

"The way I prepared this week and the way I everything played out, it just seems like it's just been a perfect week start to finish."

After a muggy, overcast and breezy morning, the wind began to pick up, causing all sorts of problems for players already battling to cope with slick, sloping greens, narrow tilting fairways and heavy rough.

South African Charl Schwartzel, Mickelson, Mahan, Rose and Day all enjoyed moments at the top of the leaderboard but it was Mickelson who provided the shot of the day when he stunningly holed out from the right rough to eagle the par-four 10th.

Mickelson watched from 75 yards out as his ball bounced short of the pin before rolling up into the cup, then jumped up and down with both arms raised skywards.

That briefly put him a stroke clear but Rose responded with birdies at 12, where he struck a superb approach to two feet, and at 13, where he drained an 18-footer. Mickelson's title bid effectively ended with bogeys on 13 and 15.

Northern Irish world number two Rory McIlroy, the U.S. Open champion at Congressional in 2011, finished at 14 over after signing off with a 76.

© Copyright 2022 Reuters Limited. All rights reserved. Republication or redistribution of Reuters content, including by framing or similar means, is expressly prohibited without the prior written consent of Reuters. Reuters shall not be liable for any errors or delays in the content, or for any actions taken in reliance thereon.
Related News: Justin Rose, David, Ken, Merion Golf Club, PGA
COMMENT
Print this article 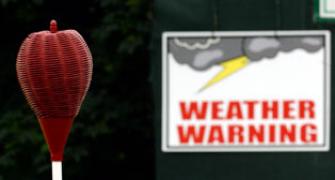 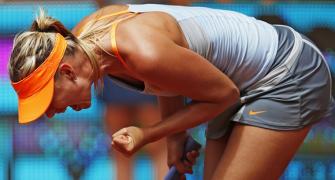 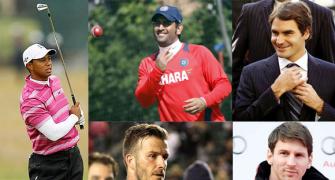 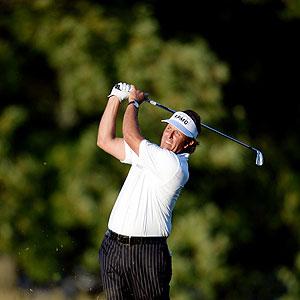 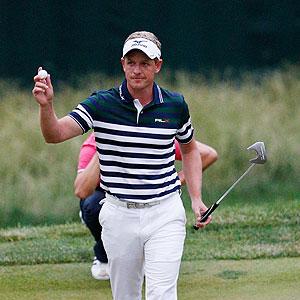