Hockey India, on Wednesday, sacked the junior men's hockey team coach Jude Felix after the national side finished a disappointing sixth in the just-concluded eight-nation tournament in Madrid. 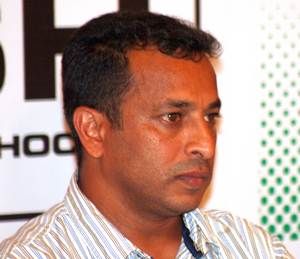 A source in HI said the decision to remove Jude was on expected lines following a series of below-par performances by the reigning junior world champions.

"It was expected, especially after India's below-par performance in the recent eight-nation tournament in Madrid," the HI source told PTI.

In that tournament earlier this month, the Indian colts lost 0-4 to Australia, 2-3 to Netherlands, 1-3 to Spain and 1-2 to Great Britain. India's only win in the event was against Austria whom they beat 4-2.

Jude, who took over the reigns in August 2017, confirmed the development.

"Yes, I am no longer the coach of the junior team. I was conveyed the decision 2-3 days via an email," he told PTI.

Asked whether he was given any explanation as to why he was fired, he simply said: "I won't like to speak anything about it right now."

Jude, a former India captain, however, said he will submit the report of the Madrid tournament in a day or two to HI.

"Yes, it's a protocol for us to submit report of every tournament and I will do that in a 1 or 2 days time," he said.

It was not smooth sailing for India under Jude in the tournament prior to the eight-nation tournament as the colts lost to Great Britain 2-3 in the final of the Sultan of Johor Cup last year.

According to the advertisement published by Hi on its website, the new coach will be given a contract till December 31, 2021 i.e. till the Junior World Cup, subject to the satisfactory completion of a six-month probation period.

The coach will report to chief coach of the senior team Graham Reid and High Performance Director David John, besides the Executive Board of HI and the Sports Authority of India.

The last date for the submission of applications is July 5.