Juanan fires Bengaluru to the top of ISL 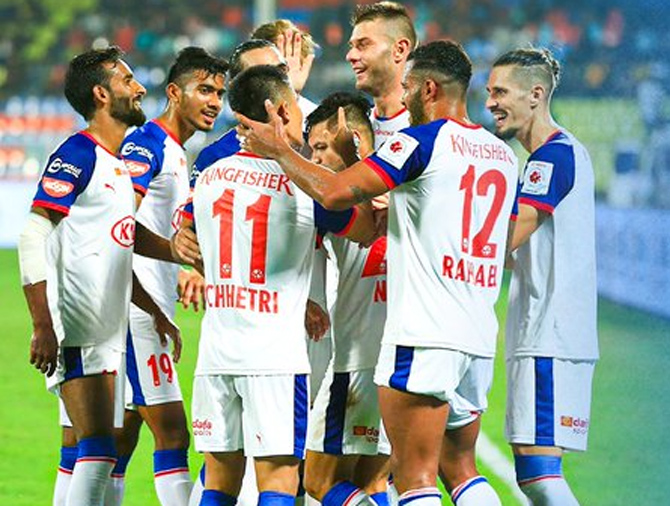 Bengaluru FC extended their unbeaten run in the ongoing Hero Indian Super League to seven games with a narrow 1-0 win over Odisha FC at the Shree Shiv Chhatrapati Sports Complex, in Pune, on Wednesday.

Centre-back Juanan (36th minute) scored his first goal of the season to secure Bengaluru's third win of the season and take them to the top of the table.

After seven matches, Carles Cuadrat's side has 13 points while Odisha are sixth with six points.

The teams were off the blocks in quick time and Gurpreet Singh Sandhu was called into action within minutes.

Nandhakumar Sekar latched onto a pass from the deep, cut in from the left to shift the ball to his right foot and attempted a ferocious strike that looked destined for the bottom right corner but a vital fingertip save by the Bengaluru goalkeeper kept the shot out.

The teams missed chances to score as Jerry Mawihmingthanga shot wide from a corner and Sunil Chhetri failed to hit the target from an Udanta Singh cross.

With the contest heating up, centre-back Juanan showcased his centre-forward skills to give Bengaluru the lead.

Nishu Kumar's lob into the box was flicked into the defender's path by Erik Paartalu before the Spaniard outfoxed Carlos Delgado to send a scuffed shot that went in off the post.

The Blues had the chance to double their lead just before the break when Chhetri took advantage of a misplaced pass and charged at the Odisha defence. He spotted Udanta's run to his right and set him up for a shot, but the winger tried to return the favour and failed to find his team-mate.

Odisha stepped up their efforts and chased for an equaliser after the break. In the 55th minute, Marcos Tebar's header forced a fantastic reflex save off Gurpreet.

The ball fell at Diagne's feet, but the Bengaluru custodian pulled off another good save to deny the defender from close-range.

Minutes later, Udanta found Chhetri in the centre whose shot was blocked by Delgado. The rebound was hit well by Dimas but Arshdeep Singh got his body behind the shot to save.

The goalkeepers had a busy night in between the sticks. Gurpreet was vigilant in goal and kept out strikes from Marcos Tebar and Xisco to keep his team in the lead as the clock ticked towards the final whistle.

At the other end, Bengaluru threatened through set-pieces and crosses from wide areas. Arshdeep did well to push behind Erik Paartalu's powerful volley off Dimas' delivery from a corner-kick.

Bengaluru, who were denied a second goal by the post from a good Dimas free-kick, looked to be the fitter team in the final minutes as they stood firm and defended well to prevent a late show.

Source: PTI© Copyright 2020 PTI. All rights reserved. Republication or redistribution of PTI content, including by framing or similar means, is expressly prohibited without the prior written consent.
Related News: Bengaluru, Juanan, ISL, Udanta, Chhetri
SHARE THIS STORYCOMMENT
Print this article 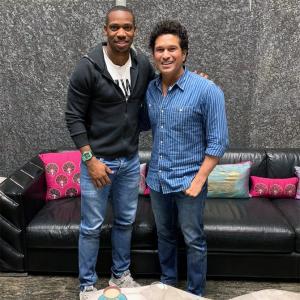