Joseph Galibardy, the oldest living hockey Olympian who donned India colours at the 1936 Berlin Olympics, passed away on May 17 in Walthamstow, England. He was 96.

One of five Anglo-Indians in the squad captained by the great Dhyan Chand, Galibardy was a prominent player in all of India's matches at the Berlin Olympics, where India went on to win the gold medal -- beating Germany 8-1 in the final -- the country's third in the midst of an unbroken sequence of six.

The eldest of four children, Joseph DeVille Thomas Galibardy was born on January 10, 1915 in Calcutta. He emigrated to England in 1956 with his parents and seven children and lived in Walthamstow, where he died.

He was good in soccer and field hockey, but excelled in field hockey for Bengal-Nagpur Railway as a left-half.

Galibardy, in a recent interview with The Times, London, had said he had memories of the Berlin Olympics, but the highlight of it was meeting Jesse Owens, the black American athlete, who won four gold medals there.

'I was always interested in athletics,' he said 'and because the US block was close to ours in the Olympic Village I used to see him regularly. I remember asking him if he expected to win any gold medals and he replied that it was only his first Games, but that he fully anticipated India winning gold as we were favourites. I later watched him win a sprint gold medal,' he had told the Times.

In 1956, and unsure of what the future held for Anglo-Indians after independence, Galibardy set sail for London on SS Suriento, an Italian immigrant ship, with his predeceased wife Merlyn, who was also a talented athlete and tennis player, and seven children.

According to the Times, he worked for British Rail and the Royal Mail until he retired. He did not, however, resume his hockey career in England, finding the commute across London to the established clubs too difficult. 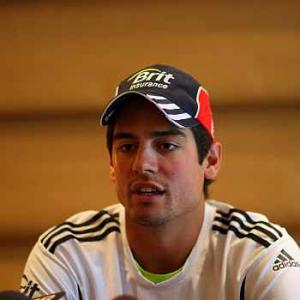