India has won 12 medals, including four gold, and as many silver and bronze medals in the Summer Paralympics since its debut at the 1968 Games.

With the Tokyo Paralympics opening on Tuesday, here's a look at all the past Indian medallists.

IMAGE: Murlikant Petkar was the first Indian to win a medal at the Paralympic Games. Photograph: PIB/Twitter

Petkar won the country's first ever medal at the Paralympics when he clinched the gold in the men's 50m freestyle swimming event, clocking a world record time of 37.33 seconds.

Originally a boxer in the Indian Army, Petkar switched to swimming and other sports after losing his arm in the 1965 Indo-Pak war.

He was India's first-ever individual gold medallist at the Paralympics and Olympics.

Bedi won the silver medal in the shot put event while bagging a bronze each in discus and javelin throw events. He holds the Indian record for most Paralympic medals.

Kesarkar clinched the silver medal in the men's javelin throw event at the 1984 Paralympics.

He finished ahead of compatriot Joginder Singh Bedi, who claimed the bronze medal in the same event. 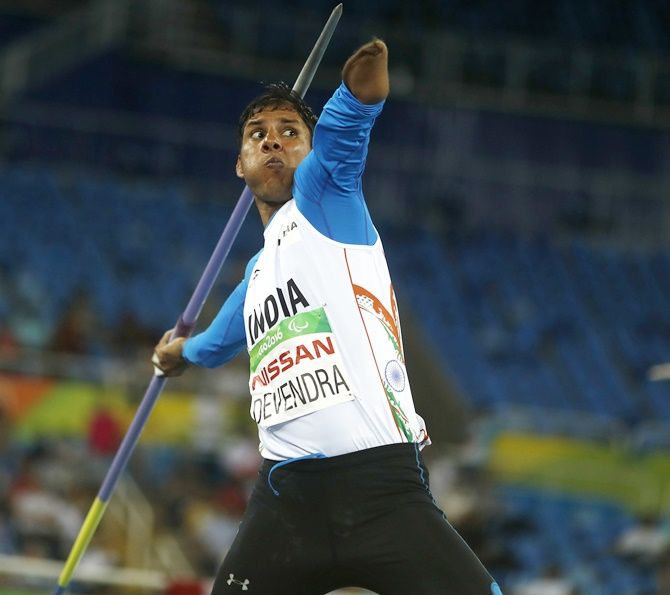 Jhajharia ended India's 20 year wait for a Paralympic medal by clinching the gold in the men's javelin throw at the Athens Games. With his throw of 62.15m in Athens, Jhajharia set a new world mark, a record that he would rewrite 12 years later.

Hailing from a small village in Rajasthan's Churu district, Jhajharia was around eight years old when his left hand had to be amputated immediately after he accidentally touched a live electric cable entwined in a branch of tree he had climbed.

Jhajharia will be seen in action in Tokyo as well.

The second Indian medallist at the Athens Games, Rahelu, competed in the 56kg men's powerlifting event. He bagged the bronze with an effort of 157.5kg.

Born in Mehsampur village, in Punjab’s Jalandhar district, Rahelu suffers from infantile paralysis. He contracted polio when he was eight months old.

The lone Indian medallist in the London edition of the Games, Nagarajegowda grabbed the silver in the men's high jump with a jump of 1.74 metres.

With the feat, Nagarajegowda, who has an impairment in his left leg, became the first Indian to win a medal at that event. 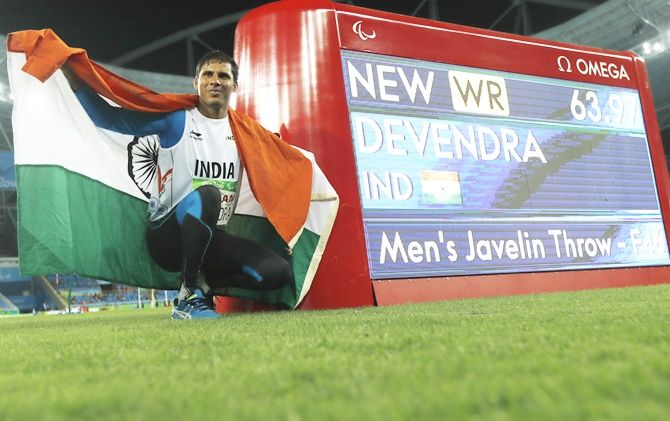 IMAGE: India's Devendra Jhajharia poses next to an information board showing his new world record at the 2016 Rio Paralympics. Photograph: Ricardo Moraes /Reuters

Jhajharia etched his name in the annuls of history when he sent the spear to a distance of 63.97 metres in the men's javelin throw event in Rio, becoming the first Indian to clinch two gold medals at the Paralympics.

One of India's most decorated athletes at the Paralympics, Jhajharia also bettered his world record that he had set at the Athens Games in 2004. He is also competing in the Tokyo Games with an aim of clinching his third gold medal.

Thangavelu bagged the gold in the high jump event at the Rio Games by clearing 1.89m. He is one of only three gold medal-winning Paralympians in the country.

Thangavelu, who suffered a permanent disability at the age of five when a bus crushed his right leg below the knee, will be defending his gold at the Tokyo Games. IMAGE: Deepak Malik was the first Indian woman to win a medal at the Paralympics, winning a silver in shot put at the 2016 Rio Paralympics. Photograph: PTI

Malik became the first woman from India to win a Paralympic medal when she won the silver in the shot put event in Rio with a best throw of 4.61m.

A paraplegic, paralysed from waist down, Malik was consigned to the wheelchair after being operated for a spinal tumour.

She currently serves as the President of the Paralympic Committee of India.

Bhati clinched the bronze medal in high jump at the Rio Games, accompanying compatriot Mariyappan Thangavelu, who won the gold, on the podium.

Afflicted by poliomyelitis at a young age, Bhati had produced a personal best mark of 1.86 metres, capping off India's most successful Paralympics till date. 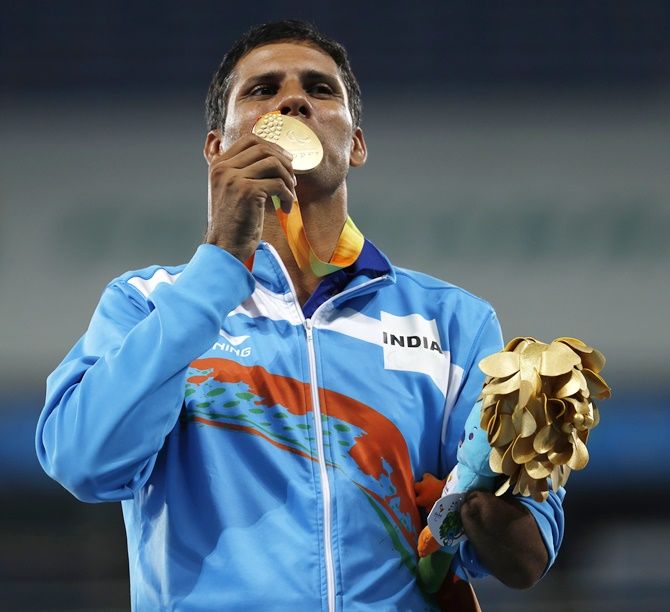 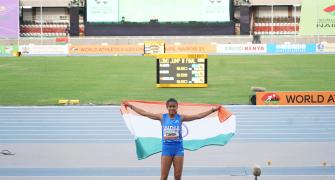 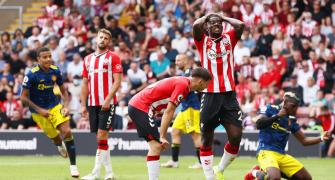 EPL PHOTOS: Saints bring United down to earth in draw 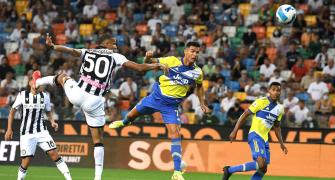 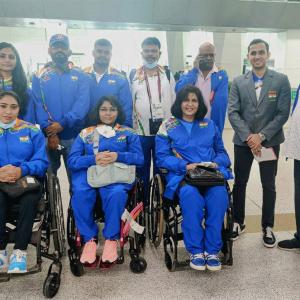 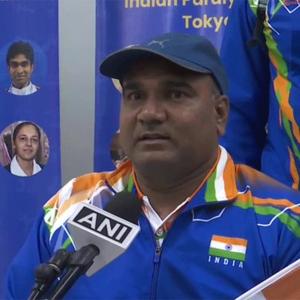