Italy has replaced Egypt in the men's London Olympics qualifying hockey tournament, to be held here in February next year.

According to the initial draw released by International Hockey Federation, the first 2012 Olympics qualifying tournament to be held at Major Dhyan Chand National Stadium from February 18-26 was to feature India, Canada, France, Poland, Egypt and the United States of America.

But Egypt pulled out of the event earlier this month due to financial problems caused by political strife in the county, thereby paving the way for Italy to play in the event.

According to an intimation sent to Hockey India by FIH, the draw for the women's qualifying competition, to be held alongside the men's event, remained unchanged with India, South Africa, Italy, Canada, Ukraine and Poland fighting it out for the lone ticket to London. 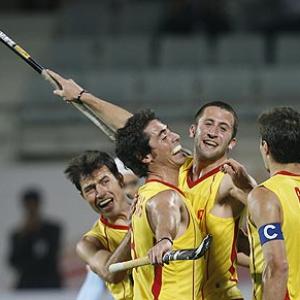