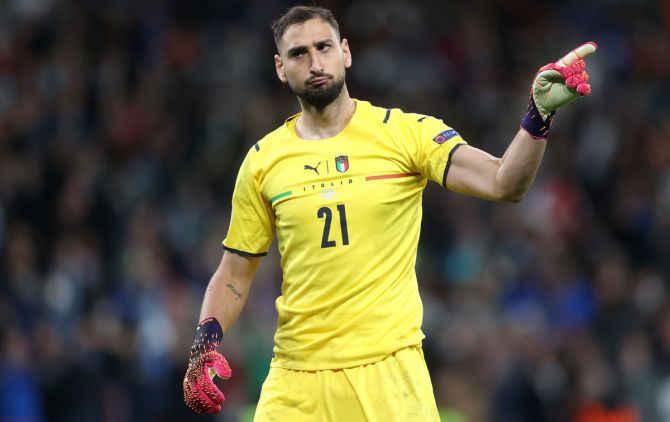 Italy goalkeeper Gianluigi Donnarumma was named the player of Euro 2020 following Italy's 3-2 shootout win against England in the final at Wembley on Sunday.

Donnarumma, 22, played a major role in Italy's triumph with two saves in the penalty shoot-out.

The Italians went behind early to a Luke Shaw goal but equalised in the second half through Leonardo Bonucci, before winning 3-2 in a shootout after a 1-1 draw following extra time.

It was the first final to be decided on penalties since Czechoslovakia beat West Germany in 1976 and will be wildly celebrated in Italy after they lost in the final in 2000 and 2012. 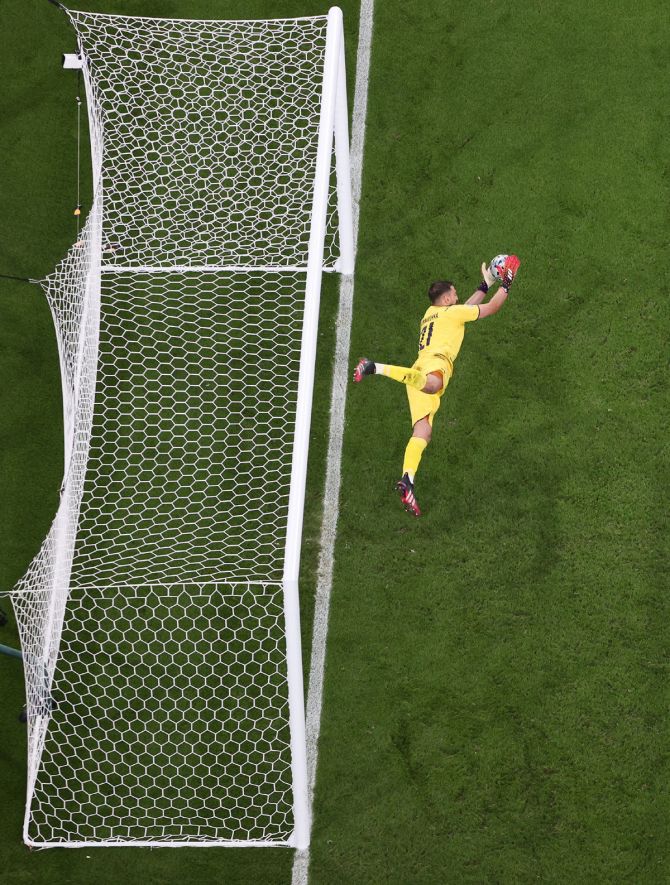 Donnarumma saved from England's Jadon Sancho and Bukayo Saka after Marcus Rashford hit the post, as Federico Bernardeschi, Leonardo Bonucci and Domenico Berardi all scored for the Italians.

The Italy goalkeeper played 719 minutes at the tournament, more than any other player. He did not concede a single goal in the group stage, conceding for the first time in the tournament in the round of 16 against Austria.

That was the first goal conceded by Donnarumma after more than 1,000 minutes.

He had also made a crucial save in the penalty shoot-out victory against Spain in the semi-finals. IMAGE: Spains' Pedri was praised for his splendid performances, particularly in the semi-final loss to Italy when he completed 65 of the 66 passes. Photograph: Carl Recine - Pool/Getty Images

Meanwhile, Spanish footballer Pedri was named as Young Player of the Tournament.

The 18-year-old was praised for his splendid performances, particularly in the semi-final loss to Italy when he completed 65 of the 66 passes.

Previous Player of the Tournament winners: