Racist chants against Mario Balotelli made little impact in Italian media on Monday, which focused more on the AC Milan striker's failure to score in his first city derby against his former club Inter.

Balotelli was bought by AC Milan from Manchester City in January, a move that some commentators said was aimed more at boosting support for the club's owner, Silvio Berlusconi as he bids for an electoral comeback, than for his sporting prowess.

The 22-year-old raised a finger to his lips when fans of Inter - where he had made his name before moving to England - made monkey calls and some waved inflatable bananas in the match at Milan's San Siro stadium on Sunday.

Critics accuse Italian soccer authorities of repeatedly failing to take tough enough action to stop blatant racism in stadiums and Balotelli, the country's most prominent black player, has been the biggest target. Reports said part of his motivation for moving to City was a desire to escape the racism. 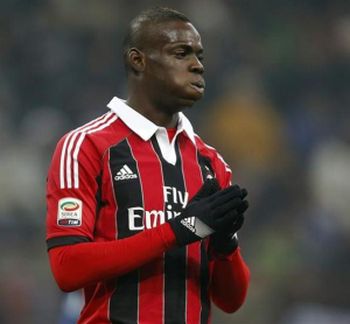 There was little condemnation of Sunday's incidents in the media.

"SuperMario's black night," ran the headline in Tuttosport daily whose commentary concentrated more on the fact that this was the first game in which the player had not scored since transferring to Milan.

"He played a great game, we should have won 3-0," former premier Berlusconi said after the match ended 1-1.

While billionaire media magnate Berlusconi has been accused by his centre-left political rivals of seeking political gain from the Balotelli signing, his brother, AC Milan vice president Paolo Berlusconi was lambasted in social media earlier this month for calling the player "the little black boy of the family".

The Democratic Party (PD), the main centre-left force and which is tipped to win a general election on Monday, has sought to use the publicity about Balotelli to its own advantage.

The PD says it will change a law which meant that Balotelli, born in Italy to Ghanaian parents and adopted by Italians, could not get Italian nationality - or play for the national team - until he was 18.

"Mario Balotelli is the symbol of Berlusconi's electoral campaign," Matteo Renzi, the Florence mayor who has been one of the PD's most effective campaigners, told an election rally in Sicily, where the player was born.

"Mario Balotelli can be our symbol, of the fair Italy that we want." 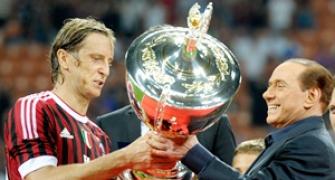 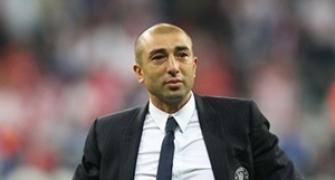 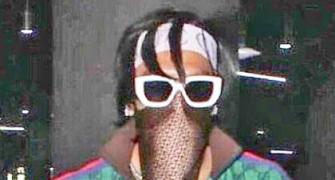