Substitute Miroslav Slepicka scored a brace as FC Goa thrashed Kerala Blasters 3-0 to move to the third spot in the Hero Indian Super League in Margao on Wednesday. 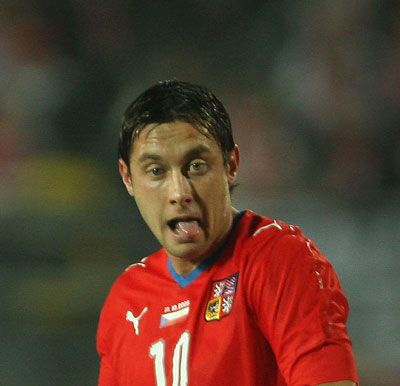 After a barren first half, FC Goa scored through Slepicka (63th, 79th) and man of the match Andre Santos (69th). Goa could have won by a bigger margin had it not been for rival keeper David James, who made a couple of good saves.

Goa have collected 15 points from 11 matches, same as Kerala Blasters, but they move to third spot on better goal difference.

The hosts fielded the same side that beat FC Pune City.

They played an aggressive game especially in the second half. After a sluggish start, Goa quickly settled down and went into attacking note forcing James to make brilliant saves twice early in the match.

A swift move on the left saw Mandar Rao Dessai put a pass to Tolgay Ozbey who sprinted into the box and took a crack at the goal, only to see the ball hit the post. Off the rebound, the former England keeper brilliantly tipped the ball over the bar for a corner.

The visitors than made a counter move from the right which saw Andrew Barisic receive a pass on the top of the box but his attempt was saved by Goan keeper Jan Seda. In the 43rd minute, an unchallenged Mandar Rao failed to get past keeper James.

Santos nearly broke the dead lock in the dying minutes of the first half but was unlucky as Andre Santos shot was headed over the bar from the goal line by defender Gurwinder Singh.

Kerala Blasters made double change in the second half bringing in Milagres Gonsalves and Iain Hume in place of Godwin Franco and Raphael Romey. But that did not help their cause as the home team stepped up the pressure and were all over the rival goal.

Miroslav than sealed the issue for the home team with a clean strike. 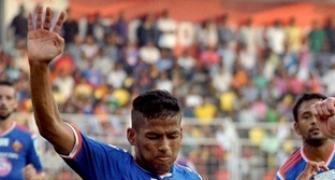 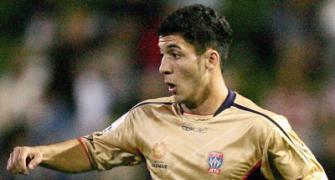 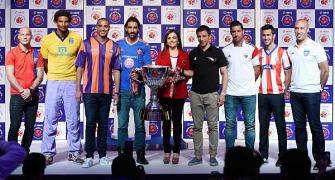 ISL: 'Marquee players have not come for retirement holiday' 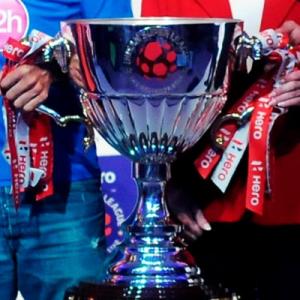 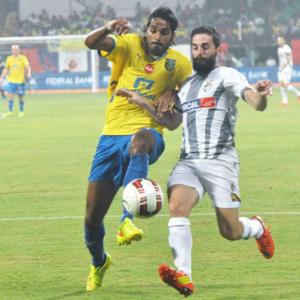