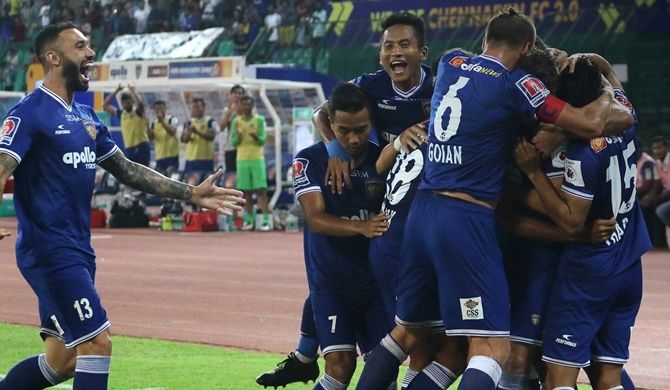 Chennaiyin FC and Odisha FC shared the spoils after a thrilling 2-2 draw in the Hero Indian Super League, at the Jawaharlal Nehru stadium, in Chennai, on Thursday.

After a barren first-half, Nerijus Valskis (51') handed Chennaiyin the lead, but Odisha equalised through Xisco Hernandez (54').

Valskis thought he had sealed victory for Chennaiyin with a second goal in the 71st minute, but Aridane Santana scored in the 82nd minute to ensure Odisha returned from Chennai with a point.

The result saw Chennaiyin climb to eighth in the league table with five points from six games. while Odisha, who played out a third consecutive draw, are sixth with as many points.

Odisha, as expected, had most of the early possession after the first real chance came their way. Masih Saighani gave away the ball in midfield in the eighth minute, allowing Jerry Mawihmingthanga to intercept and move forward. The ball eventually fell to Xisco Hernandez inside the box and his snap-shot was saved by an alert Chennaiyin goalkeeper Vishal Kaith.

The home side found themselves on the backfoot trying to keep Odisha at bay for much of the first half. Odisha were guilty of wasting good opportunities though.

As the half wound down, the tide did turn a little and Chennaiyin started to find more joy going forward. But apart from a few half-chances, the hosts could not fashion any chance of note.

At the stroke of half-time, Odisha had a great chance when Santana slipped Jerry in behind the defence, but his shot went wide of the far post.

Chennaiyin, seeking a response, took off Saighani at the restart and brought on Germanpreet Singh. Six minutes into the second half, the home side surged into the lead. After gaining possession in Odisha's half, Thapa ran at the Odisha defenders before slipping in Thoi Singh down the right. Thoi squared the ball for Valskis who converted with ease.

The goal sparked a reaction from Odisha and they were level within three minutes. Nandha's cross from the left fell for Jerry at the far post saw the latter’s shot blocked by Kaith. But the deflection in the path of Xisco who lashed in gleefully.

The game soon turned into an open contest with both sides going for victory. But it was the home side who restored their lead in the 71st minute right after Shubham Sarangi had made a goal-saving block on Lallianzuala Chhangte. But Valskis was on hand to deftly nod the ensuing corner into the far post to lift the home crowd.

But that lead did not last either as Odisha equalised again in the 82nd minute. Nandha started the move with a mazy dribble on the left before Martin Perez Guedes touched a pass into Santana's path. The Spanish striker swiveled smartly and sent an arrowing effort past Kaith. 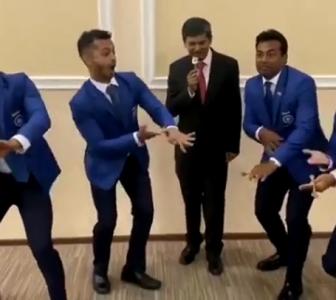 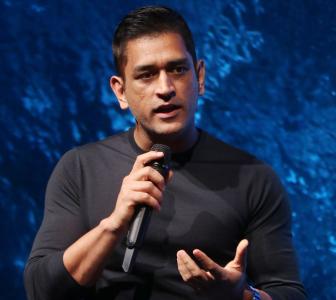 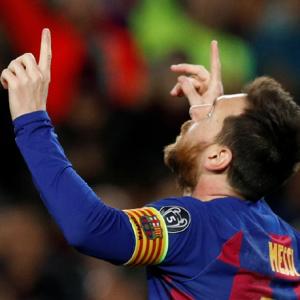 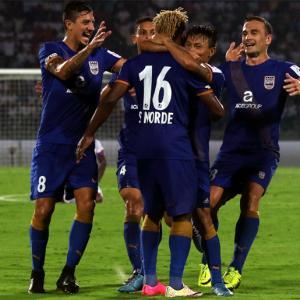