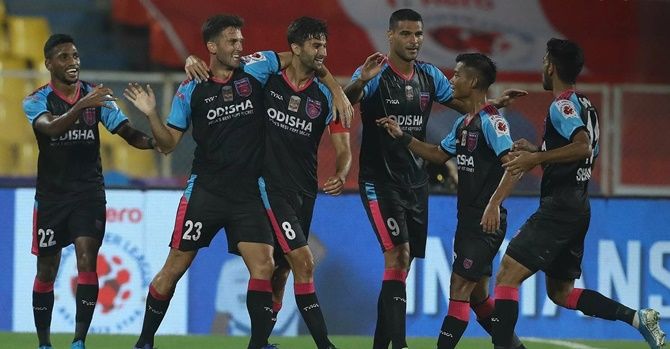 IMAGE: Odisha FC players celebrate a goal during the ISL match against Hyderabad FC, in Pune, on Wednesday. Photograph: ISL

A 10-man Odisha FC registered their second win of the season as they overcame Hyderabad FC 3-2 in the Hero Indian Super League match, in Pune, on Wednesday.

Carlos Delgado (27th minute) and Xisco Hernandez (41st) gave Odisha a first-half lead before Bobo (65th) scored from the spot to set up a nervy finish to the game.

Odisha were awarded a penalty of their own at the other end, which Martin Guedes converted to secure the three points. Rohit Kumar (89th minute) pulled one back at the death for Hyderabad.

Odisha had Vinit Rai sent off for a second bookable offence in the 65th minute but they soldiered on for the rest of the match.

After eight matches, Odisha are sixth on the table with nine points while Hyderabad are at the bottom with four.

The hosts' intent to get off the mark quickly was evident as they pressed high up the field in a bid to launch one attack after another. Aridane Santana flicked a good cross-field ball by Diawandou Diagne into the path of Nandhakumar Sekar, who was dispossessed by Adil Khan with a brilliant tackle just before the winger could get a shot away.

The intensity bore fruit as Xisco, who was ever-present in midfield, set up the first goal with a dangerous in-swinging delivery from a corner. Goalkeeper Kamaljit failed to punch the ball away and Delgado made full use of the chance to head home the opening goal.

A curling effort from Robin Singh flew inches wide as Hyderabad attempted to equalise but it was the home team who struck again before the break.

The creator turned scorer as Xisco initiated a threatening move from the centre and passed it to Jerry Mawihmingthanga who returned the favour with a pin-point cross that the Spaniard slotted home from inside the box.

Odisha continued to threaten to add to their tally. Xisco was afforded a great chance to put the game to bed soon after the break when he was fed through by Jerry. The Spaniard attempted a dipping strike that flew wide of the target.

Nandhakumar latched onto a diagonal from the deep, cut inside from the left flank and struck powerfully only to be denied by the crossbar.

Odisha were jolted when Vinit Rai handled the ball inside the box, conceded a penalty and was sent off for picking up a second yellow. Bobo made no mistake from 12 yards to give his team a chance to get back into the game.

Hyderabad's hopes of a comeback were soon ended as Giles Barnes fouled substitute Martin Guedes and conceded a spot-kick at the other end. The Argentine stepped up and coolly slotted into the net to take the game away from Phil Brown's men.

Hyderabad reduced the deficit in the 89th minute when a hopeful cross into the box by Gurtej Singh was headed in by Rohit Kumar but it was nothing more than a consolation.

The Mariners, who had just one point from their first two outings, rode on a Suhair VP goal sandwiched in between two Fran Gonzalez strikes and a 90th minute Subha Ghosh header to bring smiles on the faces of their adoring fans.

The Green and Maroon Brigade got an early goal resulting from a Joseba Beitia corner. Trinidadian centre-back Daniel Cyrus, who had had a horror of a game against Churchill Brothers, made amends by bringing the second ball down from a height onto the path of a lurking Fran Gonzalez to his right.

The Mohawk hair-styled Spaniard made no mistake with a crisp right-footed grounder across Gurpreet Singh in the TRAU goal, for his first telling contribution of the day.

If Mohun Bagan's first goal was sudden, the second was a beautifully crafted team goal, executed to top-class perfection by three Mariners. Fran turned initiator this time, picking up an overlapping right-back Ashutosh Mehta with a wonderfully measured long ball from deep inside the Bagan half.

With a defender on his shoulder, the Mumbaikar held him off and took a gem of a first-touch in one action, looked up, and crossed into the area of uncertainty, in front of the keeper.

An onrushing Suhair VP then met the cross with an outstretched left leg and perfect timing, to slot it past Gurpreet for a top team goal.

If the visitors harboured any hopes of staging a comeback in the second half, it was cruelly extinguished even before a minute had lapsed post the lemon-break.

The TRAU defence was caught on its heels, probably expecting the officials to flag off-side as the ball fell to Fran on top of the TRAU box. He put the ball past Gurpreet unchallenged for Bagan's third.

Young Subha Ghosh, who was brought on as a substitute for the second game running by the Mariner's Spanish coach Kibu Vicuna, then got his second in as many games and Bagan's fourth, as he was first to meet fellow sub Sk. Faiaz's cross from the right wing. His flying header at full stretch getting ahead of his marker, had talent and potential written all over it.

TRAU did make a couple of changes, bringing on Krishnananda and Emeka in the second half to bolster his forward line. However, other than a couple of golden chances which fell to Denechandram Meetie on the hour mark and Brazilian Marcel Sacramento in the 79th minute, there was not much about the TRAU performance to write home about.

Mohun Bagan now have four points from three games, while TRAU are yet to open their account after two away games. 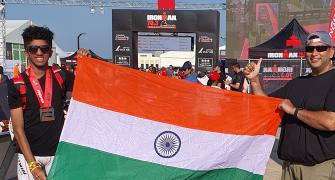 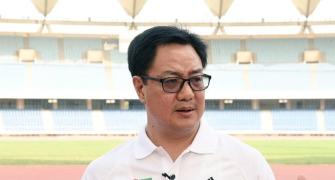 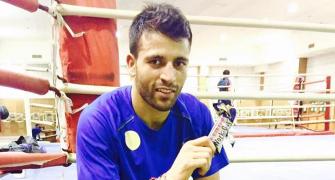 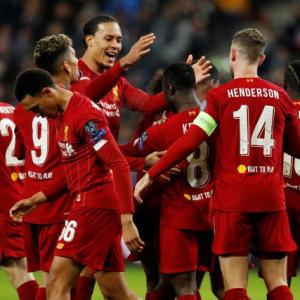 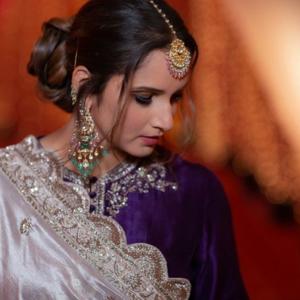