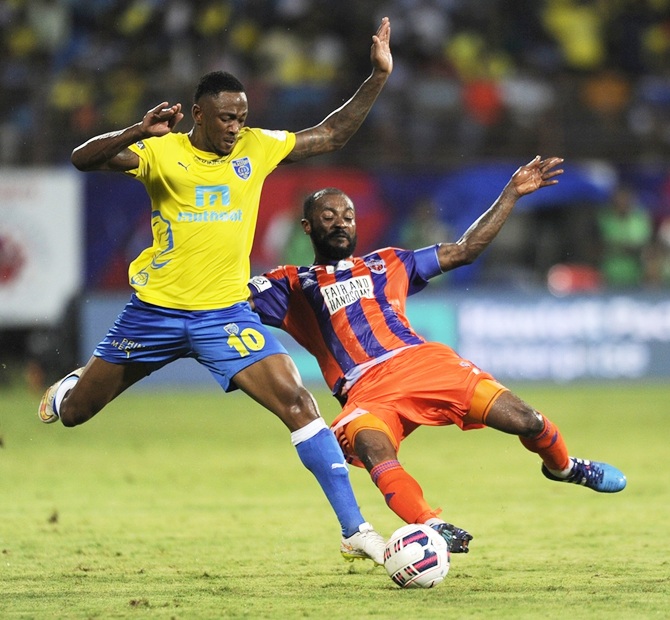 Kerala Blasters put up a dominating performance to beat table toppers FC Pune City 2-0 and notch up their first win in seven matches in the Indian Super League football tournament, in Kochi, on Wednesday.

The win gave Kerala eight points from eight matches and helped them climb out of the bottom. Considering this victory has come against one of the strongest teams in the league, it will give Sachin Tendulkar co-owned club plenty of confidence.

FC Pune City continue to lead the table with 13 points but significantly the league leaders have not won any of the three matches they have played away from home. They have lost two (Chennaiyin FC and Kerala Blasters) and drawn against FC Goa.

Kerala had won just one of their seven matches in the first leg and looked to be hurtling out of the league. But, on Wednesday, as new head coach Terry Phelan took charge for the first time, there never seemed to be any doubt that the hosts would pick up full points.

Chris Dagnall (45th minute) and Sanchez Watt (60th minute) scored for Kerala in a match they dominated for long spells and had a total of 32 shots on goal.

Kerala put up a dominating performance right from kick off and had plenty of chances inside the first half an hour.

Kerala went ahead in the first minute of added time in the first half after Mohammad Rafi had amazingly come up with three attempts, all of which were blocked.

Rahul Bheke's cross from the right was headed away by Pune defender Roger Johnson only for Dagnall to slam the ball home from close range.

Kerala made it 2-0 in the 60th minute through Watt. The former Arsenal striker received a ball from Dagnall just inside the box, then took aim and sent the ball past Pune City goalkeeper Steve Simonsen. 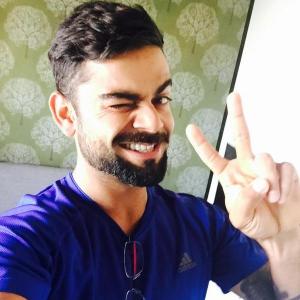