Delhi Dynamos staged a remarkable comeback to play out a 3-3 draw with Mumbai City FC in a high-scoring encounter of the Indian Super League (ISL), which witnessed end-to-end football throughout in New Delhi on Tuesday.

For Mumbai City FC, Hungarian midfielder Krisztian Vadocz found the net twice, in the 33rd and 38th minutes, and the consistent Sony Norde added to the tally by finding the back of the net in the 69th minute at the Jawaharlal Nehru Stadium.

Richard Gadze opened the account for the hosts when he found the target in the 51st minute and then substitute Badara Badji and Marcelinho scored in the 76th and 82nd minutes respectively.

This was the ongoing season's highest scoring game. It was an impressive outing by Mumbai too, considering that they were missing a few key players, though their coach Alexandre Borges Guimaraes will be livid for twice letting slip the advantage.

Dynamos have played four matches and recorded a win and three draws. This was their third successive draw after starting the campaign with a win.

The match started on a positive note with both teams looking to attack. The first breakthrough came when Vadócz, after being fed by playmaker Leonardo Da Costa with a through, sent the ball into the bottom right corner.

Barely five minutes later, it was Vadócz again who emerged as the scorer. Norde took the freekick from just outside the box and Dynamos goalkeeper Roberto Volpato tried to palm it away, but Vadocz headed it off the rebound to make it 2-0 for the visitors.

Mumbai City went into the break with a comfortable two-goal cushion. The visitors were the better of the two sides in the first half.

Two goals in the space of six minutes changed the complexion completely and the pressure was certainly on Delhi Dynamos and their coach Gianluca Zambrotta. Before the breather, the hosts did not really create any great opportunities. 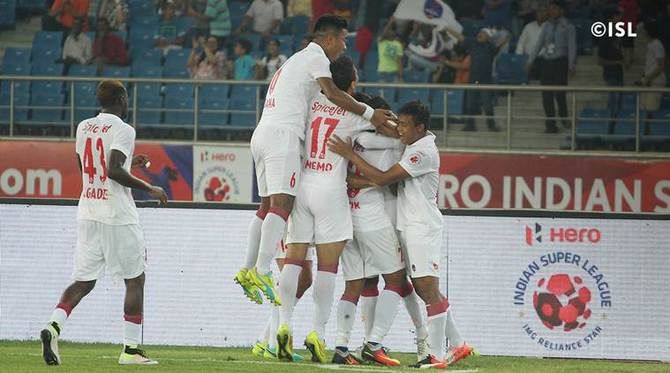 However, they upped their game in the second half and eventually forced Mumbai to settle for a stalemate. The Dynamos came out all guns blazing and first scored through Gadze. Skipper Florent Malouda sent a through to Marcelo and he, in turn, squared one to Gadze, who made no mistake while finding the back of the net.

Replay showed that Marcelo could have been offside, but the goal stood. Even as Dynamos tried to come back into the game, Sony Norde dribbled past Souvik Chakraborty and slotted the ball at the far bottom corner.

Mumbai were sitting pretty at that stage with a two-goal cushion again. But there was more to come as Dynamos rallied to find the net through Badji. Malouda played the ball to Badji and he only had Volpato to beat, and he did that successfully.

As the Mumbai goalkeeper came out rushing to collect the ball, the referee called for penalty, and Marcelinho managed to beat Volpato with a wonderful spot kick. The goalkeeper guessed it correctly as he dived to the right, but the ball evaded his fingertips.

Mumbai made three changes from their 1-0 loss to Blasters. David Lalrinmuana, Boithang Haokip and Cardozo went out and in came Sony Norde, for his first appearance, Pronay Halder and Sena Ralte.

For Dynamos, goalkeeper Toni Doblas alongside the likes of sweepers Lalchhawnkima, Ruben Rocha and holding midfielder Marcos Tebar were benched for this game and included in their places were former Aizawl goalkeeper Soram Poirei, David Addy and Ibrahima Niasse. 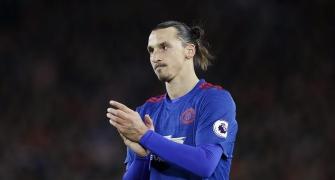 Ibrahimovic vows to be clinical after Liverpool miss

I and Kohli are good friends on and off the field: Gambhir 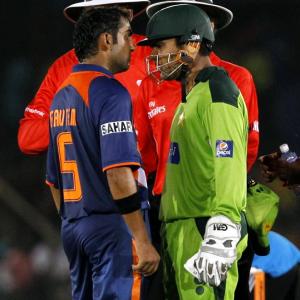 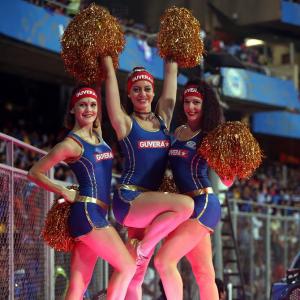