Chennaiyin FC added to FC Goa's misery by handing them a 2-0 defeat, the latter's third successive loss in the 3rd season of the Indian Super League at Jawaharlal Nehru Stadium, in Chennai, on Thursday. 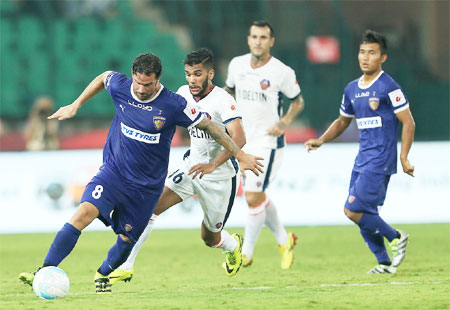 Chennaiyin had beaten Goa to win the ISL 2 final in dramatic fashion after scoring two late goals, but they needed no such late drama after scoring twice in the first half.

Chennaiyin FC's victory, their first this season, helped them accumulate four points from three matches and leapfrog mid-table while FC Goa are placed at the bottom of the pool without any point from three matches.

FC Goa is the only team without a point in the league.

Chennaiyin FC were tentative and made mistakes in defence early in the match.

In the second minute itself, FC Goa could have gone ahead when Fulganco Cardozo’s long ball forward should have been easy collection for goalkeeper Karanjit Singh but the goalkeeper instead tried to control the ball with his feet and gave it away to Reinaldo Oliveira. The Brazilian, however, could not stay on his feet and got nothing for his fall inside the danger zone.

Once the nerves were settled, Chennaiyin FC went ahead immediately.

The breakthrough came in the 15th minute as Mulder collected a ball from Raphael Augusto just outside the box, kept his calm and curled the ball past a diving Goa goalkeeper Laxmikant Kattimani even before the defenders could react.

Luck played a part as Chennaiyin FC doubled their lead in the 26th. Chennaiyin FC captain Mehrajuddin Wadoo was looking to cross the ball inside the goalmouth but instead managed to get a wicked deflection off Goa defender Richard Dumas which beat Kattimani under the Goa bar again.

FC Goa had chances to fight their way back into the game but lacked sharpness.

In the second session, FC Goa chief coach Zico tried to change the equation with a flurry of attacking changes but Chennaiyin FC defended in numbers.

The hosts should have won by a much bigger margin had the strikers kept their cool.  Davide Succi had a golden chance to make it 3-0 when Mulder’s long overhead ball saw him within touching distance of the goal, only for Kattimani to get a touch.

Then Mulder found Baljit Sahni with another well-measured cross but the Indian striker could only hit the side-netting.

Image: Players from Chennaiyin FC and FC Goa in action during their ISL match in Chennai on Thursday 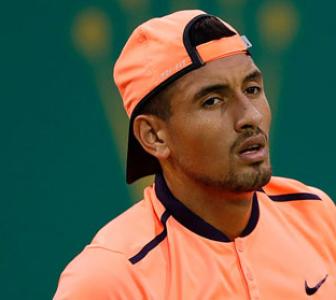 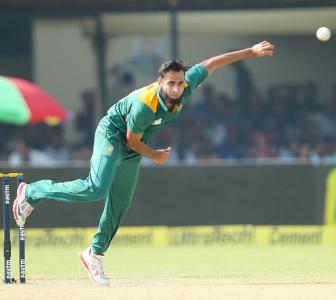 Tahir fined over spat with Warner during Cape Town ODI 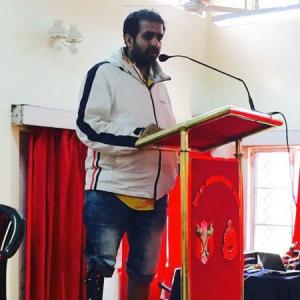 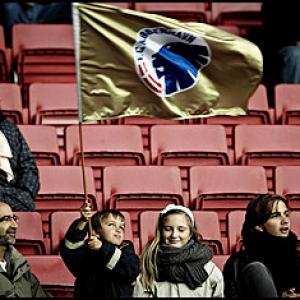