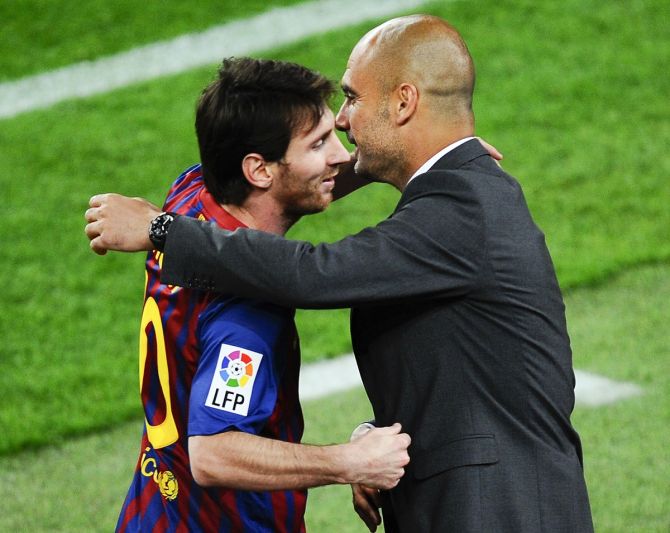 According to a report in Dailyrecord.co.uk on Wednesday, Messi, who is Barcelona's all-time top scorer with 634 goals in 731 games, is expected to spend three seasons at Manchester City before moving to CFG's Major League Soccer franchise New York City FC.

The 33-year-old preferred the move to City over other top clubs was the chance to play in the English Premier League and also reunite with former Barca coach Pep Guardiola.

Messi missed Barcelona's first training session of the new season on Monday, days after his shock announcement that he wants to leave the only club he has played for professionally.

Messi's failure to show up for the session, the first under new Barcelona coach Ronald Koeman, was widely expected after the 33-year-old Argentine also failed to show up for a pre-season medical on Sunday.

The six-times world player of the year insists he has a clause in his contract that allows him to leave on a free transfer -- a claim disputed by Barcelona and La Liga.

They will argue that date -- nominally the end of the season -- is now irrelevant after the coronavirus pandemic forced an extension of the La Liga season deep into August.

However, La Liga said on Sunday that the only way a club can sign the Argentine forward is if he triggers a release clause of 700 million euros ($836 million).

Jorge Messi told a reporter from Spanish television programme El Chiringuito at the airport on his arrival in Barcelona that "it will be difficult" for Messi to continue at Barcelona.