In the lines of the hugely popular Indian Premier League cricket Twenty20 tournament, the Badminton Association of India on Saturday launched a franchise-based Indian Badminton League (IBL), which will see the top Indian players play along with the best players from around the world next year.

BAI announced that the $1 million (Rs 5.5 crores) IBL is the richest prize money badminton tournament in the world. It will commence with six city based franchises, involving 28 ties of best of five matches for a maximum of 140 matches played over three weeks, from June 24 to July 11 next year.

"This is a historic moment for Indian badminton. Post 2012 Olympics, the passion for badminton has reached a peak in India and I'm confident the IBL will make the game even more popular among the masses," Nehwal said at the launch in Mumbai.

The matches will be played in the Sudirman Cup format and follow the rules and regulations of the Badminton world Federation (BWF) and BAI. Each team will comprise of one men's singles, men's doubles, women's doubles and mixed doubles event. The team that wins three out of five matches will win the tie. 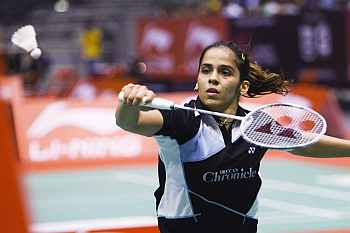 The top Indian players including the likes of Nehwal, doubles specialist Jwala Gutta and Ashwini Ponnappa, the find of 2012 Olympics P Kashyap and rising star PV Sindhu will be categorized as Icon players for their franchises and will start with a base price of $50,000 in the players' auction.

Strangely, the top-ranked players in the world like Lee Wei Chong, Lin Dan in the men's and Wang Yihan and Li Xuerui in the women's will start with a base price of $25,000.

When asked if the world's top players would be ready to play under such discrimination, IBL commercial partner Sporty Solutionz Pvt Ltd. CEO Ashish Chadha said: "This is the first time the players are getting appearance money to play in a tournament. The minimum amount they will get to take part in the IBL is $25,000 whereas you get just $20,000 as prize money in the top tournaments around the world."

He also added that the Malaysia's top players have confirmed to take part in the tournament, while talks are already initiated with the top-ranked Chinese players to get them to play in the IBL.

"We will also have players from Indonesia, Denmark, Germany and Korea among others taking part in the IBL and making it one of the best badminton tournaments in the world," he said.

Each franchise will comprise of 11 players including a maximum of four foreigners and a junior (under-20) player. The rules stipulate only three foreign players can be fielded in a match.

The IBL will offer $1 million are prize money out of which 65 percent will go to the winning team and 35 percent to the runners up.

Former All England champion and national coach P Gopichand, who was also present at the launch, said the IB will act as a great catalyst in motivating the young players.

"The IBL heralds a new era in Indian badminton. It will provide a great opportunity for our players to play along with the best players of the world and learn from them," he said. 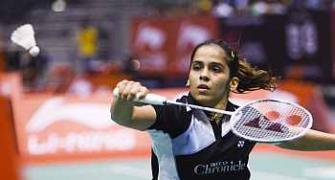 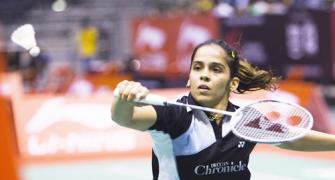 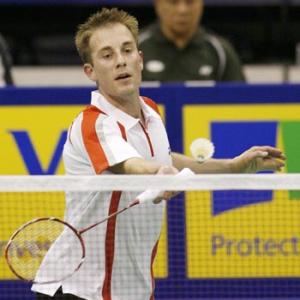 BAI, SAI will take a call on Prajakta matter: Gopichand